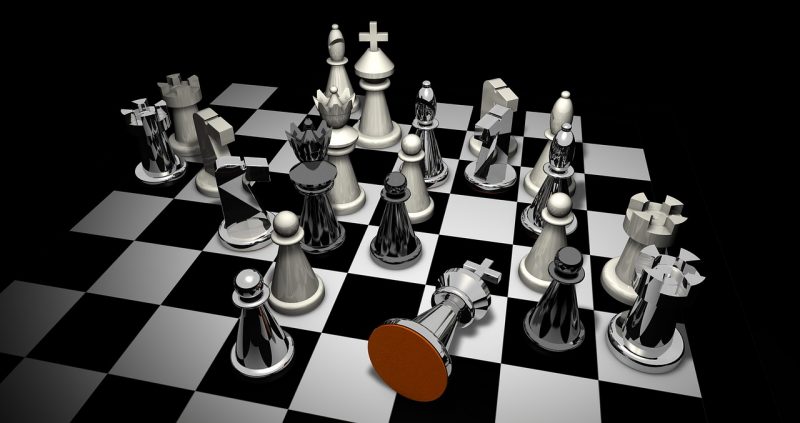 Have you heard about H.R. 1?  If not, I would urge you to read the text of the bill immediately.  It is called the “For The People Act”, and you can find it right here.  The text of this bill specifically states that Congress has the “ultimate supervisory power over federal elections”, but of course anyone that is familiar with what the U.S. Constitution actually says knows that this is not true.  The states are supposed to have final authority over their own election laws, and H.R. 1 is a blatant attempt to usurp that authority.  Unfortunately, in the aftermath of the riot at the U.S. Capitol there are very few politicians in Washington that still have a willingness to stand up for election integrity.  H.R. 1 is almost certainly going to get through the House of Representatives, and it has a really good chance of getting through the Senate as well.

If this legislation is approved, it will fundamentally change the nature of our federal elections forever.

And not in a good way.

I do not think that Tucker Carlson was exaggerating by very much at all when he warned that “Democrats will control the federal government for decades” if H.R. 1 becomes law…

Carlson warned of the many dangers of “H.R. 1.,” the “For The People Act,” a nearly 800-page bill sponsored by Maryland Democrat John Sarbanes of Baltimore.

In essence, this bill would make elections all over the country just like elections in California.

If that statement sounds terrifying to you, that is because it is terrifying.

Democrats introduced the same bill last year, but it died in the Republican-controlled Senate.

But now Democrats control the Senate, and they just need a handful of Senate Republicans to go along with them so that they can overcome any potential filibuster.  The following comes from Zero Hedge…

In the House, Democrats have revived sweeping election reform legislation that died in the Senate during the previous session, perhaps hoping they can browbeat enough Republicans into going along with them. If that happens, the “Grand Old Party” of Abraham Lincoln might as well disband, because Republicans would never have any hope of regaining a congressional majority or controlling the White House under the rules that HR 1 would put in place.

Although the Constitution explicitly places state legislatures in charge of managing federal elections, HR 1 seeks to use the power of the purse to bludgeon the states into conforming to a centralized system pioneered in California and other deep-blue states. Congress can’t technically compel the states to change their voting laws, but seasoned politicians know that the states have become dependent on federal money to run their elections, and can’t afford to pick up the tab themselves.

Inevitably, there would probably be a few red states that would attempt to defy this new law, but the threat of reduced federal funding would force most red states to submit to the new mandates.

So exactly why are many Republicans so deeply alarmed by this bill?

Well, the good people over at Pundit Press have put together a list of some of the things that this new law would do…

2) Banning the requirement to provide a full SSN for voter registration.

4) 16 year olds required to be registered to vote.

9) Murderers and rapists can vote.

If you are a Republican and you live in a state that already allows “ballot harvesting”, than you probably already know how devastatingly effective it is.

When ballot harvesting is legalized without any limitations, it becomes exceedingly difficult for Republicans to win except for in the most conservative areas.  During one of his recent shows, Tucker Carlson explained why…

“Under H.R. 1, [people] could freely go house to house and apartment to apartment collecting unknown thousands of ballots and then dump them all in a ballot dropbox. No one would have any idea if those ballots had been tampered with at any point along the way or would there be any way to prove it if they had been tampered with,” he continued.

Not only that, but H.R. 1 would also reportedly allow people “to print out their ballots at home”…

For example, HR 1 would allow ballot harvesting on steroids. Voters would — for the first time — have the ability to print out their ballots at home, creating a gaping security hole that could easily be exploited by either domestic or foreign interests. The legislation also allows third parties to collect ballots from an unlimited number of absentee voters and submit them through ballot drop boxes, dramatically increasing the risk that vulnerable Americans could be bullied, bribed, or blackmailed for their votes without the protection of election workers.

Can you imagine what would happen if we actually allowed tens of millions of people all over the country to print out their own ballots?

It would be utter madness, and we would never have a legitimate election ever again.

Of course everything in this nearly 800 page bill is designed to help Democrats, and their plan all along has been to set the stage for one party rule for the foreseeable future.

And that is what this “trial” in the Senate is all about too.  They want to destroy Donald Trump and the movement that he started so that nobody like him can ever come along again.

Sadly, it doesn’t even look like it will be a fair trial.  The Democrat that will be presiding over the trial is also one of the jurors, and we already know how he is going to vote.

The key for the Democrats will be to find 17 Republicans in the Senate that also want to convict Trump so that they can get to the magic number of 67.

I believe that if 67 votes can be confirmed, Mitch McConnell and other prominent Republicans will pull the trigger and will vote to keep Trump from ever running for office again.

But if they can’t find 67 votes to convict, I believe that Mitch McConnell and his close allies will back off.

There will be high drama in D.C. in the coming days, and the outcome of this trial in the Senate has enormous implications for our future.

Of course even if Trump is acquitted and he decides to run again in 2024, he definitely will not win if H.R. 1 becomes law.

This bill has the potential to change everything, and so I would encourage all of you to get information about this insidious legislation out to everyone that you know.