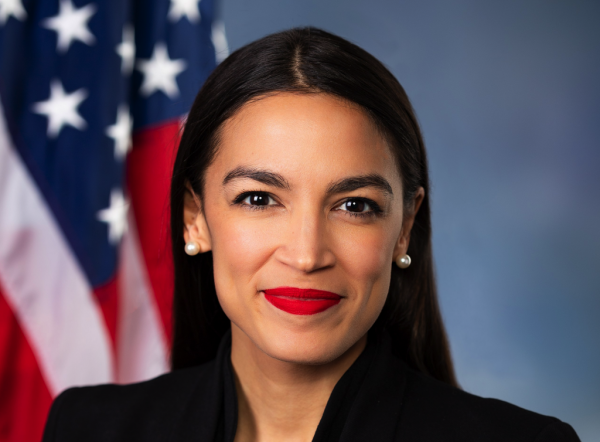 49 people were just ruthlessly gunned down at two mosques in the city of Christchurch, New Zealand and Alexandria Ocasio-Cortez is using it as an opportunity to mock God. As you will see below, in response to the mass shootings she posed this question on Twitter: “What good are your thoughts & prayers when they don’t even keep the pews safe?” Conservatives were obviously her intended target, but her statement implies that either God won’t listen to our prayers and stop these terror attacks or that He simply can’t do it because He lacks the power to do so. Either way, her statement is a direct attack on God and believers all across America are deeply, deeply offended by her statement.

What just happened in New Zealand is yet another example that demonstrates that the thin veneer of civilization that we all take for granted on a daily basis is rapidly disappearing. Shooter Brenton Tarrant is a horribly deranged man who decided that he would gain worldwide fame by shooting a whole bunch of innocent people in cold blood. And it turns out that he wasn’t even from New Zealand…

A 28-year-old Australian man who was charged with murder was remanded without plea until his next appearance in court on April 5, while two others remain in police custody. NBC’s Australian subsidiary, Channel 7, say police sources have named one of the suspects as Brenton Tarrant.

The charged individual “traveled sporadically to New Zealand and stayed for varied amount of time,” but was not a resident of Christchurch, Ardern said in a statement.

In this day and age, this sort of thing can literally happen anywhere. No community is truly “safe”, and we all need to understand that our world has fundamentally changed.

When a great tragedy like this happens, it is not time to jump on social media and try to use it to score political points.

Unfortunately, that is precisely what Alexandria Ocasio-Cortez and others on the left have been doing. Here is her full statement about “thoughts & prayers” in context…

At 1st I thought of saying, “Imagine being told your house of faith isn’t safe anymore.”

But I couldn’t say “imagine.”

Because of Charleston.
Pittsburgh.
Sutherland Springs.

What good are your thoughts & prayers when they don’t even keep the pews safe?

If she had simply mocked gun owners, conservatives or her political opponents, that would have been bad enough.

But she didn’t stop there.

She mocked almighty God by implying that our thoughts and prayers are worthless.

There is no room in Congress for someone that would make such a statement, and I am calling on Alexandria Ocasio-Cortez to immediately resign.

Others on the left are relentlessly pointing their fingers at conservatives in the aftermath of this attack, but Brenton Tarrant was not a conservative. In fact, he made this explicitly clear in the manifesto that he left behind…

The terrorist gunman who killed 49 Muslims at a mosque in New Zealand said in his own manifesto that he wanted “no part of” conservatism, describing himself as an “eco-fascist” and expressing admiration for Communist China.

Answering the question “Were/are you a conservative?”, Brenton Tarrant wrote, “No, conservatism is corporatism in disguise, “I want no part of it.”

But you aren’t hearing that on the mainstream news, are you?

In his manifesto, Tarrant also expressed disdain for Donald Trump, and he openly admitted that the “nation with the closest political and social values to my own is the People’s Republic of China.”

That would make him a far left communist more than anything else. But the mainstream media just keeps using terms such as “right wing extremist” to describe him.

At three points in his manifesto, the shooter also states his intention to spark a civil war in the United States by triggering crackdowns on the Second Amendment. In his laundry list of motivations, the shooter spends the most amount of time discussing this goal, which he believes will ultimately lead to a “fracturing” of the U.S. along “cultural and racial lines.”

Without a doubt, our nation is more divided today than we have ever seen in modern American history, and the stage is set for the mass societal chaos that I depicted in “The Beginning Of The End”. I am stunned by all of the anger, frustration and hatred that I see throughout our society, and it is getting worse with each passing day.

If we don’t learn how to love one another, we simply are not going to make it as a society.

Loving others does not mean that you always have to agree with them. We must always contend for the truth, but at the same time we have got to find a way to love those that are opposed to us.

Hatred never leads anywhere good, and Tarrant is a perfect example of that fact. Sadly, our world is filled with more hate than ever before, and that is going to have very serious consequences for all of us.