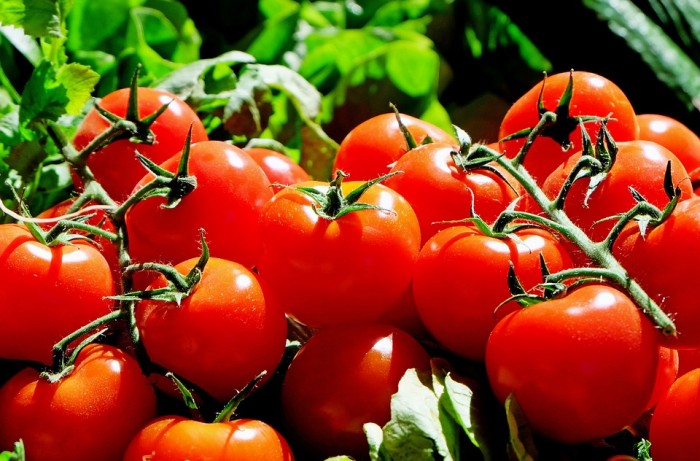 Is the United States the most wasteful nation on the entire planet? We are all certainly guilty of wasting food. Whether it is that little bit that you don’t want to eat at the end of a meal, or that produce that you forgot about in the back of the refrigerator that went moldy, the truth is that we could all do better at making sure that good food does not get wasted. It can be tempting to think that wasting food is not a big deal because we have so much of it, but an increasing number of people around the world are really hurting these days. In fact, it has been estimated that there are more than a billion hungry people around the globe right now. So as a society we need to figure out how to waste a whole lot less food and how to get it into the mouths of those that really need it.

According to the U.S. Department of Agriculture, close to a third of all food in the United States gets wasted after it gets to the store. This is commonly referred to as “downstream” waste. When you add all of this “downstream” waste up, it comes to a grand total of 133 billion pounds of food each year…

Nearly a third of the 430 billion pounds of food produced for Americans to eat is wasted, a potential catastrophe for landfills and a wake-up call to officials scrambling to feed the hungry, according to a stunning new report from the Department of Agriculture.

The just-issued report revealed that in 2010, 31 percent, or 133 billion pounds, of food produced for Americans to eat was wasted, either molded or improperly cooked, suffered “natural shrinkage” due to moisture loss, or because people became disinterested in what they purchased.

How many people do you think we could feed with 133 billion pounds of food?

But that isn’t all of the food that we waste. In addition to “downstream” waste, we also have to add “upstream” waste to the equation. Massive amounts of food are wasted each year because American consumers don’t want to eat fruits and vegetables that are “imperfect”. The following comes from the Guardian…

Americans throw away almost as much food as they eat because of a “cult of perfection”, deepening hunger and poverty, and inflicting a heavy toll on the environment.

Vast quantities of fresh produce grown in the US are left in the field to rot, fed to livestock or hauled directly from the field to landfill, because of unrealistic and unyielding cosmetic standards, according to official data and interviews with dozens of farmers, packers, truckers, researchers, campaigners and government officials.

And I know that as a consumer I am guilty of this. Just yesterday, I was picking through the apricots at the grocery store looking for the prettiest ones that I could find. Of course they were all good to eat, but most of us are in the habit of wanting produce that looks as “perfect” as possible.

As a result, a lot of perfectly good food that may look a little ratty ends of being wasted…

“Sunburnt” or darker-hued cauliflower was ploughed over in the field. Table grapes that did not conform to a wedge shape were dumped. Entire crates of pre-cut orange wedges were directed to landfill. In June, Kirschenman wound up feeding a significant share of his watermelon crop to cows.

As the Guardian article quoted above noted, when you add “downstream” waste and “upstream” waste together, we end up wasting about half our food.

This is tragic, because there are a whole lot of people in our own country that could use this food. According to one estimate, there are 49 million Americans dealing with food insecurity. But if we didn’t waste nearly half our food, we could likely feed just about everyone sufficiently.

Globally, about one-third of all food is wasted. That is better than the U.S. number, but it is still way too high.

At this point, we just don’t have a lot of resources to waste. So many people are suffering these days, and this includes an explosion of crushing poverty in the country that is hosting the Olympics this summer. Just yards away from the primary stadium that will be used by the Olympic games, people actually have raw sewage running through their homes…

In the Mangueira ‘favelas’ no more than 750m away from the Maracana stadium in Rio de Janeiro, which will host the Rio 2016 Olympic Games, young families are living in makeshift houses with no sanitation.

The stadium will stage both the opening and closing ceremonies for the Olympics in August, and as global superstars such as Usain Bolt, Mo Farah, Jessica Ennis-Hill and Justin Gatlin take to the track, the favela residents will be dealing with raw sewage running through their homes.

It has been estimated that more than 20 percent of the population of Rio lives in “favelas”. But instead of doing something for those people, the government of Brazil has spent hundreds of millions of dollars hosting the World Cup and the Olympics.

What is wrong with that picture?

Meanwhile, things continue to get even worse elsewhere in South America. In Venezuela, 47 percent of the country can no longer provide three meals a day for their families, and the lack of toilet paper has become a national crisis…

Venezuela’s government said it occupied Kimberly-Clark Corp.’s local plant, days after the company had halted operations because of shortages of raw materials in the socialist crisis-stricken country.

“Kimberly-Clark will continue producing for all Venezuelans and is now in the hands of the workers,” Labor Minister Oswaldo Vera said Monday in a televised address from the company’s plant in central Aragua state, before signing an order to take it over, according to WSJ. The labor ministry claims Kimberly-Clark had violated Venezuelan law by firing more than 900 workers without consulting the government.

“It doesn’t matter who’s running the factory,” said Henkel Garcia, director of the Caracas business consultancy Econometrica told WSJ. “The bottom line is that there are no raw materials that anyone can afford to import.”

As the global economy continues to deteriorate, the need to waste less food and less resources will become even more acute. Over the past several decades, we have grown accustomed to not even thinking twice about wasting food. In fact, I rarely come across parents that insist that their children finish everything on their plates these days.

But in the not too distant future, things are going to completely change. Even in the United States, we will eventually get to the point where every scrap of food is considered to be precious.

We are moving into a time when wasting nearly half our food will no longer be an option, and so we should start coming up with better ways of doing things as soon as we can.