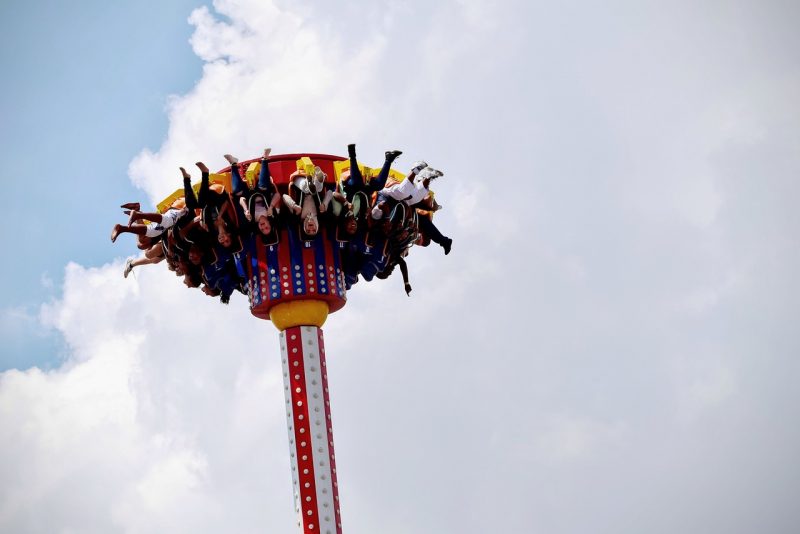 Is this a good economy or a bad economy?  Well, that all depends on who you are talking to.  For most Americans, economic conditions have been absolutely horrible ever since the COVID pandemic first arrived.  More than 100,000 businesses have permanently shut down, approximately 10 million Americans are in danger of being evicted from their homes, and weekly unemployment claims have been above the old record set in the early 1980s every single week for nearly an entire year.  Meanwhile, the absolutely insane polices that the Federal Reserve and our politicians in Washington have been pursuing have made the wealthy far wealthier than ever before.  In early 2020, M1 was sitting at about 4 trillion dollars, and now it is up to 18 trillion dollars.  Much of that money has ended up in the pockets of the ultra-wealthy, and now they are spending it is some pretty odd ways.

For example, NFT art is one of the latest crazes.  You can’t hang NFT art on your wall, but that isn’t stopping people from paying ridiculous amounts of money for it.  In fact, things have gotten so crazy that one film director has decided to sell audio clips of himself farting as NFTs…

A Brooklyn-based film director is simultaneously mocking and attempting to profit off the cryptocurrency craze for non-fungible tokens (NFTs) by selling a year’s worth of fart audio clips recorded in quarantine.

“If people are selling digital art and GIFs, why not sell farts?” Alex Ramírez-Mallis, 36, told The Post of his dank addition to the blockchain-based NFT market.

You would have to be absolutely nuts to purchase such a thing, but apparently someone has already purchased one clip for 85 dollars…

Individual fart recordings are also available for 0.05 Ethereum, or about $85 a pop. The gassy group has so far sold one, to an anonymous buyer.

“If the value increases, they could have an extremely valuable fart on their hands,” he said.

Pizza Hut has decided that they want to get in on the NFT craze as well.

In Canada, the company originally listen an NFT of a pizza slice for 18 cents, but it ended up selling for $8,824…

Pizza Hut Canada has announced it is releasing “1 Byte Favourites,” aka digital images of pizza, as non-fungible tokens. “Pizza Hut believes no world should exist without pizza, especially their pan pizza. That’s why they wanted to make sure it was enshrined in the digital universe,” they said in a release. Each week the company will release a new image of a pizza slice, each of a different recipe, for purchase on Rarible. The first-ever “slice” was listed for $0.0001 ETH (a cryptocurrency the equivalent of 18 cents), but wound up being sold for $8,824.

This is madness, and it is also a grave insult to all of those that are deeply suffering out there.

Could it be possible that we are rapidly approaching our own “let them eat cake” moment?

As the ultra-wealthy continue to throw their money around in absurd ways, most people are just struggling to get by from month to month.  On Thursday, we learned that another 770,000 Americans filed new claims for unemployment benefits last week…

Figures released Thursday by the Labor Department show that 770,000 Americans filed first-time jobless claims in the week ended March 13, higher than the 700,000 forecast by Refinitiv economists.

Weekly jobless claims have remained stubbornly high for months, hovering around four times the typical pre-crisis level, although it’s well below the peak of almost 7 million that was reached when stay-at-home orders were first issued a year ago in March.

After all this time, the number of Americans filing for unemployment benefits each week is still about four times higher than pre-pandemic levels.

It was a much steeper drop than the 0.5% decline economists had predicted, according to Refinitiv.

Bad weather across many states were part of the reason sales declined last month.

When things go badly, they love to blame the weather.

Of course the new stimulus checks that Americans are now receiving should help to boost retail sales temporarily.

But at this point there are no plans to cut checks every month, and any short-term assistance will only briefly alleviate the long-term suffering that so many Americans are enduring.

We are currently in the midst of the worst economic downturn since the Great Depression of the 1930s, and a lot more pain is on the horizon.

Even though I write about this stuff on a daily basis, I was surprised to learn that the results of a recent survey show that finances have now become the number one source of stress for the American people…

WalletHub’s new Coronavirus Money Survey also reveals that the nation’s focus is now shifting from the virus to finances. The survey of over 750 Americans in March 2021 finds money is now the biggest stressor around the country.

Three in 10 respondents say money is their greatest concern this year, a 15-percent increase over last year. COVID-19 is still the top stressor for 28 percent of Americans. As coronavirus safety measures fade however, researchers find people are getting back to worrying about how to make ends meet.

If you don’t know how you are going to pay the bills this month, that can be a source of stress that never leaves you day or night.

Those that have gone through this sort of emotional torment know exactly what I am talking about.

So when the ultra-wealthy throw their money away on “farting art” or “Pizza Hut art”, that is like rubbing dirt in the faces of tens of millions of Americans that are desperately trying to figure out some way to survive from month to month.

The ultra-wealthy can continue to flaunt their wealth, but already we are seeing the rise of the “Robinhood mentality” that so many have warned about.

When things get bad enough, the poor will start venturing into rich neighborhoods, and they won’t be there for a social visit.

We still have relative stability for this brief moment, but it won’t last very long at all.