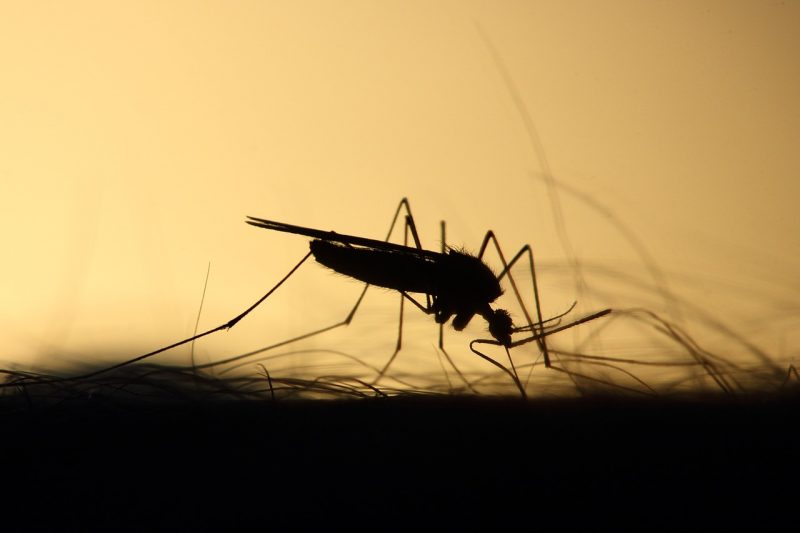 Why are so many strange diseases suddenly breaking out all over the globe?  In all my days, I have never seen anything like this.  COVID, bird flu and monkeypox are all making headlines around the world, but of course they aren’t the only pestilences that we are currently dealing with.  As I mentioned a few days ago, the Democratic Republic of Congo is actually facing outbreaks of ebola, cholera, measles, monkeypox, bubonic plague and typhoid all at the same time!  Can you imagine what health authorities in that nation must be going through right now?  A few years ago most of us never gave much thought to disease outbreaks, but now they are seemingly everywhere.

Unfortunately, we have a new one to add to the list.

According to WSB-TV in Atlanta, two mosquito pools in southern Georgia have tested positive for a disease known as “Eastern equine encephalitis”…

EEE is a virus that is spread to people through the bite of an infected mosquito. Only a few cases are reported in the United States each year.

The name of the disease may not sound that threatening, but it is actually extremely deadly.

Although rare, EEE is very serious. Approximately 30% of people with EEE die and many survivors have ongoing neurological problems.

There are no vaccines to prevent EEE or medicines to treat it.

When I first read that, I was stunned.

The death rate for COVID is well under 1 percent, and so a disease with a death rate of 30 percent could be a real nightmare.

I had to confirm that number, and so I went to the official CDC website, and this is what I found…

Since there is no cure and no vaccine, if you get this disease there is a very real chance that you are going to die.

So how are people supposed to protect themselves?

Well, essentially you want to avoid getting bitten by a mosquito that has it.

That is literally the best advice that the CDC has for us.

If you live in one of the southern states, you will want to monitor this disease very closely.  Hopefully it won’t become a major threat, but if it does you will want to do what is necessary to protect yourself and your family.

Meanwhile, a deadly wave of “Crimean-Congo Hemorrhagic fever” continues to sweep through Iraq…

Iraq is going through an outbreak far more severe than the monkeypox. Crimean-Congo Hemorrhagic fever has broken out in the Middle East and the tick-borne illness is deadly in up to two-fifths of people.

According to the World Health Organization, the disease called the Crimean-Congo hemorrhagic fever has claimed 19 deaths among 111 cases this year alone. That means the spread of this disease is “unprecedented.”

This is yet another pestilence that can have a very high death rate in humans.

Hopefully it can be contained in Iraq.

Lastly, I wanted to give everyone an update on monkeypox.

It continues to spread all over the world, and community transmission is clearly taking place in many areas.  For example, the number of confirmed cases in the UK has increased by a whopping 69 percent just since Friday…

Another 71 cases of monkeypox have been spotted among Britons, as health chiefs urge anyone who develops a new rash to abstain from sex.

The UK Health Security Agency (UKHSA) said the new patients are all based in England. It brings the UK total to 179 since the first was detected on May 6, with the figure soaring 69 percent since Friday — the biggest jump yet.

Almost all of the infections have been logged in England, apart from four logged in Scotland, two in Northern Ireland and one in Wales.

As I have stressed in other articles, this isn’t supposed to be happening.

Monkeypox is not supposed to spread easily from person to person.

On Monday, the World Health Organization decided to upgrade the threat level for this outbreak to “moderate”…

It comes as the World Health Organization today upgraded the threat from the virus to ‘moderate’.

The WHO said the explosion of cases with no links to each other or Africa means the current figure is ‘likely to be an underestimate’.

As we have seen so many times before, the WHO is once again behind the curve.

I can understand their desire to be cautious, but the public deserves the truth about what we are potentially facing.

If this virus has mutated into a form that is easier to transmit from person to person, this could become a really big crisis.

And it appears that may be what has happened.  Virologists in Portugal are claiming that monkeypox has become a “hyper-mutated virus”, and so everything that we knew about monkeypox in the past may need to be thrown out the window.

At this point, it is clearly being passed from person to person.  In fact, a case that was just confirmed in California was in “close contact” with a case that had previously been confirmed…

Health officials in Sacramento County have identified a second suspected monkeypox case, in a close contact of the county resident whose case was identified earlier this week and then confirmed by the Centers for Disease Control and Prevention.

After everything that we went through with COVID, a lot of people out there are not taking this outbreak seriously.

And hopefully those skeptics are right on target.

In fact, I would love it if they were correct.

But what if they aren’t?

What do you think will happen if this becomes a massive global pandemic and millions of people start developing extremely disgusting sores all over their bodies?

COVID turned all of our lives upside down, but it has a death rate of well under one percent.

So what would a pandemic that has a far higher death rate mean for our world?

You might want to think about that, because the pestilences are just going to keep on coming.