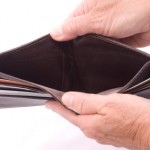 The funds of the FDIC have been so dramatically depleted by this financial crisis that analysts warn that it could sink into the red by the end of 2009.  Will your bank account be safe?

China is calling on the United States to halt air and sea military surveillance close to its shores.

Scientists in the U.S. have actually produced four baby monkeys who each have three biological parents.  Why in the world would anyone do such a thing?

The federal government is going all out in their effort to promote the swine flu vaccine.

Verichip hopes to use some of the stimulus funds to promote their implantable microchip products.

Problem U.S. banks and thrifts on an official government watchlist rose by more than a third to 416 in the second quarter of 2009.

The Federal Reserve says that if it discloses who got the bailout money it would hurt those banks because customers would lose confidence in them.

You know things are getting bad when even Federal Reserve Board chairman Ben Bernanke has been victimized by an identity theft crime ring.

A plan to increase U.S. access to military bases in Colombia is causing a huge uproar down in South America.

A Kentucky law that requires the Kentucky Office of Homeland Security to acknowledge “dependence on Almighty God as being vital to the security of the Commonwealth” was ruled unconstitutional on Wednesday.

Newly uncovered documents prove that the Pentagon is profiling reporters and giving them grades such as “positive”, “neutral” or “negative”.

Russian officials finally admitted on Wednesday that a cargo ship that was hijacked in the Baltic Seaand that disappeared for several days may have been carrying a suspicious cargo.

Conservative commentator Glenn Beck told Rush Limbaugh that he fears that Barack Obama “will seize power overnight before anybody even gives it a second thought”.

Ted Kennedy is gone, but he leaves behind a tainted legacy.

Street preachers in Georgia were recently arrested multiple times for holding signs in public that declare that homosexuality is a sin.