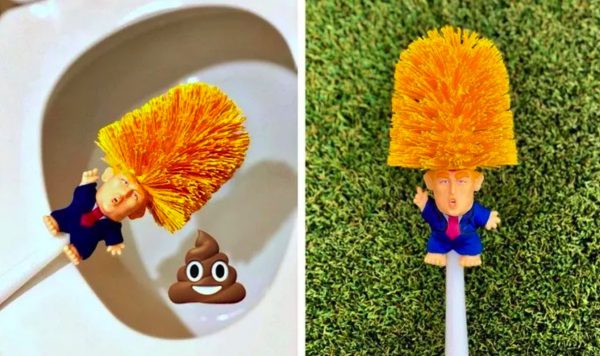 Most Americans are not really emotionally invested in the trade war, but over in China things are completely different.  The Chinese media are framing the conflict as an insult to the national honor of China, and millions upon millions of Chinese citizens are deeply angry with Donald Trump as a result.  The following comes from the Daily Mail…

People in China are cheering for Beijing in a trade war against Washington by cleaning their bathrooms with ‘Donald Trump’ toilet brushes.

Consumers have reportedly flocked to buy toilet cleaning tools that look like the U.S. President as a way to support their government.

‘”Trump” can be so useful,’ joked one Chinese blogger who also praised other products inspired by the billionaire politician, including stress balls, wine bottle openers and underpants.