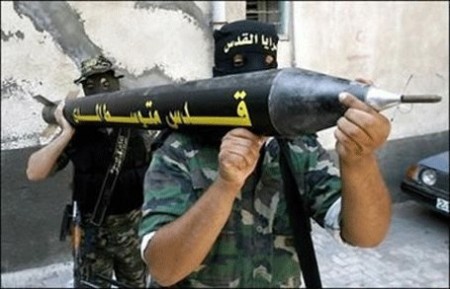 The militants threatened to kill another captive they also identified as an American journalist, if Obama doesn’t act.

Terrorism is on the rise.
There are more terrorists today than at any time in history.
And their numbers are increasing.
The terrorists control more territory than they’ve ever controlled.
We, the people who suffered an attack on 9-11 said, “That will never happen again.”

But how is that being prevented? It’s not. These are the reasons we will be attacked again:

“It’s just horrible. This is the most vicious terrorist organization that we’ve ever encountered,” McCain, R-Ariz., told The Arizona Republic. “This president has ignored the threat for a long period of time, and now we’re paying the price.”

While Obama has authorized some military action against ISIS, including airstrikes, it is insufficient and inevitably the United States will have to escalate, McCain said.

ISIS has now grown into the world’s largest and richest terror organization that boasts “a huge inventory of American equipment that they captured from the Iraqis,” he said.

“We are unilaterally disarming against this enemy.
The United States military is being so badly degraded that it will not be able to respond to 2 different threats in 2 different parts of the world.”

We are going to suffer another 9-11 terrorist type attack in the U.S.  So says Mark Levin on 8/13/14, a famous writer who hosts one of the top talk radio shows:”The United States military, the army, in this case will have lower numbers of combat ready soldiers than since before WWI. The U.S. Navy, that reached a peak of over 600 ships under Ronald Reagan, will have 283 ships by the time Obama is done.

We are disarming, we are becoming isolated, we’re abandoning our allies, and we are leaving big chunks of the world for these terrorists to become stronger and stronger  and stronger, Well, you might say, “That’s none of our business.” Of course it’s our business. We’ve already suffered as a result of these people, these sub-humans, these barbarians, I should say.

” The army will have lower numbers of combat ready soldiers than since before WWI. The U.S. Navy,
that reached a peak of over 600 ships
under Ronald Reagan,  will have 283 ships
by the time Obama is done. ”

The whole issue’s become politicized. Now, if you support a secure border, the deportation of people flowing over the border- you hate Latinos. The Republican party has been meak, timid in the face of this, and now they’ve thrown in with the amnesty crowd. So NOBODY in government supports securing the border.

I’m  going to tell you something, I’ve said it several times before, but I’m going to underscore it right now. Folks, I am telling you, as somebody who’s served in the highest levels of the United States justice department, under a real president and a real attorney general.

That when you have a ubiquitous enemy like this, of terrorists, who hide among the people, when you have a porous border, as we do, as a matter of public policy, when you are degrading the military when the enemy is on the rise, we are going to suffer another grievous attack, right here in the United States of America.

1 thought on “Another Major Terror Attack In The U.S. Very Likely?”