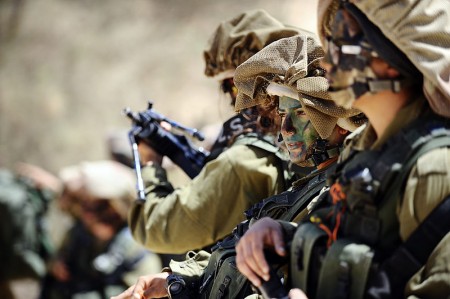 Daniel Flesch, then a college student at the University of Illinois, had heard too much anti-Israeli sentiment.

He had family members who had survived the Holocaust and felt compelled to fight back at what he perceived as a growing level of anti-Semitism in America. So in 2010, he joined Israel’s military.

“I just didn’t want to sit on the sidelines,” the now-26-year-old said in an interview via Skype. “I wanted to actually fight back against those who think Israel and the Jewish people should not exist.”

Flesch, now a graduate student at Johns Hopkins School of Advanced International Studies in Washington, became what’s known as a “lone soldier” — a citizen from another country who joins the Israel Defense Forces (IDF).

It’s believed there are approximately 750 Americans currently serving in the Israeli military, according to the New York-based Friends of IDF. The group raises funds for the cultural, recreational and social needs of Israeli soldiers.