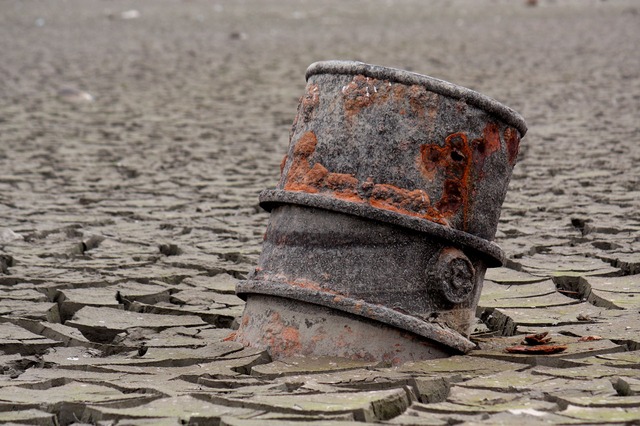 Are much lower oil prices good news for the U.S. economy? Only if you like collapsing capital expenditures, rising unemployment and a potential financial implosion on Wall Street. Yes, lower gasoline prices are good news for the middle class. I certainly would rather pay two dollars for a gallon of gas than four dollars. But in order to have money to fill up your vehicle you have got to have an income first. And since the last recession, the energy sector has been the number one creator of good jobs in the U.S. economy by far. Barack Obama loves to stand up and take credit for the fact that the employment picture in this country has been improving slightly, but without the energy industry boom, unemployment would be through the roof. And now that the “energy boom” is rapidly becoming an “energy bust”, what will happen to the struggling U.S. economy as we head into 2015?

At the start of this article I mentioned that much lower oil prices would result in “collapsing capital expenditures”.

If you do not know what a “capital expenditure” is, the following is a definition that comes from Investopedia…

“Funds used by a company to acquire or upgrade physical assets such as property, industrial buildings or equipment. This type of outlay is made by companies to maintain or increase the scope of their operations. These expenditures can include everything from repairing a roof to building a brand new factory.”

Needless to say, this kind of spending is very good for an economy. It builds infrastructure, it creates jobs and it is an investment in the future.

US private investment spending is usually ~15% of US GDP or $2.8trn now. This investment consists of $1.6trn spent annually on equipment and software, $700bn on non-residential construction and a bit over $500bn on residential. Equipment and software is 35% technology and communications, 25-30% is industrial equipment for energy, utilities and agriculture, 15% is transportation equipment, with remaining 20-25% related to other industries or intangibles. Non-residential construction is 20% oil and gas producing structures and 30% is energy related in total. We estimate global investment spending is 20% of S&P EPS or 12% from US. The Energy sector is responsible for a third of S&P 500 capex.

These companies make these investments because they believe that there are big profits to be made.

Unfortunately, when the price of oil crashes those investments become unprofitable and capital expenditures start getting slashed almost immediately.

For example, the budget for 2015 at ConocoPhillips has already been reduced by 20 percent…

ConocoPhillips is one of the bigger shale players. And its decision to slash its budget for next year by 20% is raising eyebrows. The company said the new target reflects lower spending on major projects as well as “unconventional plays.” Despite the expectation that others will follow, it doesn’t mean U.S. shale oil production is dead. Just don’t expect a surge in spending like in recent years.

Plunging oil prices sparked a drop of almost 40 percent in new well permits issued across the United States in November, in a sudden pause in the growth of the U.S. shale oil and gas boom that started around 2007.

If the price of oil stays this low or continues dropping, this is just the beginning.

Meanwhile, the flow of good jobs that this industry has been producing is also likely to start drying up.

According to the Perryman Group, the energy sector currently supports 9.3 million permanent jobs in this country…

According to a new study, investments in oil and gas exploration and production generate substantial economic gains, as well as other benefits such as increased energy independence. The Perryman Group estimates that the industry as a whole generates an economic stimulus of almost $1.2 trillion in gross product each year, as well as more than 9.3 million permanent jobs across the nation.

The ripple effects are everywhere. If you think about the role of oil in your life, it is not only the primary source of many of our fuels, but is also critical to our lubricants, chemicals, synthetic fibers, pharmaceuticals, plastics, and many other items we come into contact with every day. The industry supports almost 1.3 million jobs in manufacturing alone and is responsible for almost $1.2 trillion in annual gross domestic product. If you think about the law, accounting, and engineering firms that serve the industry, the pipe, drilling equipment, and other manufactured goods that it requires, and the large payrolls and their effects on consumer spending, you will begin to get a picture of the enormity of the industry.

And these are good paying jobs. They aren’t eight dollar part-time jobs down at your local big box retailer. These are jobs that comfortably support middle class families. These are precisely the kinds of jobs that we cannot afford to lose.

Since December 2007, a total of 1.36 million jobs have been gained in shale oil states.

Meanwhile, a total of 424,000 jobs have been lost in non-shale oil states.

So what happens now that the shale oil boom is turning into a bust?

Even more ominous is what an oil price collapse could mean for our financial system.

The last time the price of oil declined by more than 40 dollars in less than six months, there was a financial meltdown on Wall Street and we experienced the deepest recession that we have seen since the days of the Great Depression.

And now many fear that this collapse in the price of oil could trigger another financial panic.

According to Citigroup, the energy sector now accounts for 17 percent of the high yield bond market.

J.P. Morgan says that it is actually 18 percent.

In any event, the reality of the matter is that the health of these “junk bonds” is absolutely critical to our financial system. And according to Deutsche Bank, if these bonds start defaulting it could “trigger a broader high-yield market default cycle”…

Based on recent stress tests of subprime borrowers in the energy sector in the US produced by Deutsche Bank, should the price of US crude fall by a further 20pc to $60 per barrel, it could result in up to a 30pc default rate among B and CCC rated high-yield US borrowers in the industry. West Texas Intermediate crude is currently trading at multi-year lows of around $75 per barrel, down from $107 per barrel in June.

“A shock of that magnitude could be sufficient to trigger a broader high-yield market default cycle, if materialized,” warn Deutsche strategists Oleg Melentyev and Daniel Sorid in their report.

If the price of oil stays at this level or continues to go down, it is inevitable that we will start to see some of these junk bonds go bad.

In fact, one Motley Fool article recently stated that one industry analyst believes that up to 40 percent of all energy junk bonds could eventually go into default…

The junk bonds, or noninvestment-rated bonds, of energy companies are also beginning to see heavy selling as investors start to worry that drillers could one day default on these bonds. Those defaults could get so bad, according to one analyst, that up to 40% of all energy junk bonds go into default over the next few years if oil prices don’t recover.

That would be a total nightmare for Wall Street.

And of course bond defaults would only be part of the equation. As I wrote about the other day, a crash in junk bonds is almost always followed by a significant stock market correction.

In addition, plunging oil prices could end up absolutely destroying the banks that are holding enormous amounts of energy derivatives. This is something that I recently covered in this article and this article.

These derivatives trades are largely unregulated, and even Forbes admits that they are likely to be at the heart of the coming financial collapse…

No one understands the derivative risk positions of the Too Big To Fail Banks, JP Morgan Chase, Citigroup, Bank of America, Goldman Sachs or Morgan Stanley. There is presently no way to measure the risks involved in the leverage, quantity of collateral, or stability of counter-parties for these major institutions. To me personally they are big black holes capable of potential wrack and ruin. Without access to confidential internal data about these risky derivative positions the regulators cannot react in a timely and measured fashion to block the threat to financial stability, according to a National Bureau of Economic Research study.

So do we have any hope?

Yes, if oil prices start going back up, much of what you just read about can be averted.

Unfortunately, that does not seem likely any time soon. Even though U.S. energy companies are cutting back on capital expenditures, most of them are still actually projecting an increase in production for 2015. Here is one example from Bloomberg…

Continental, the biggest holder of drilling rights in the Bakken, last month said 2015 output will grow between 23 percent and 29 percent even after shelving plans to allocate more money to exploration.

Higher levels of production will just drive the price of oil even lower.

At this point, Morgan Stanley is saying that the price of oil could plummet as low as $43 a barrel next year.

If that happens, it would be absolutely catastrophic to the most important industry in the United States.

In turn, that would be absolutely catastrophic for the economy as a whole.

So don’t let anyone tell you that much lower oil prices are “good” for the economy.

That is just a bunch of nonsense.