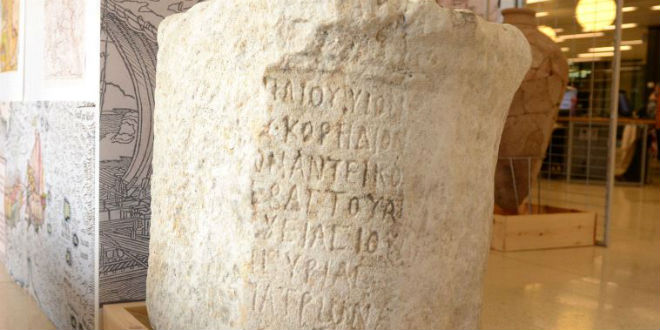 Last month, archaeologists in Israel retrieved from under the water a massive, inscribed slab of stone dating back to the second century CE. The stone was found at the Tel Dor archaeological site, an area located on Israel’s Mediterranean coast about 30 km south of Haifa

The 85 cm, 600 kilogram (1300 pounds) stone is inscribed with seven lines of clearly visible Greek writing. Following its translation, it was discovered that the writings divulge the name of the Roman procurator, Gargilius Antiquus who ruled in Judea prior to the second century during the Bar-Kochba Revolt. Researchers are assuming that the slab is from the base of a statue from Roman times.

“As exciting as finding this Greek slab is, historically it also is a reminder of a tragic time in the Holy Land’s history. The Romans abolished the province of Judea and erased all traces of its name. Therefore, with the slab identifying Antiquus as the ruler of Judea in 131 CE,  this is a particularly unique find.”