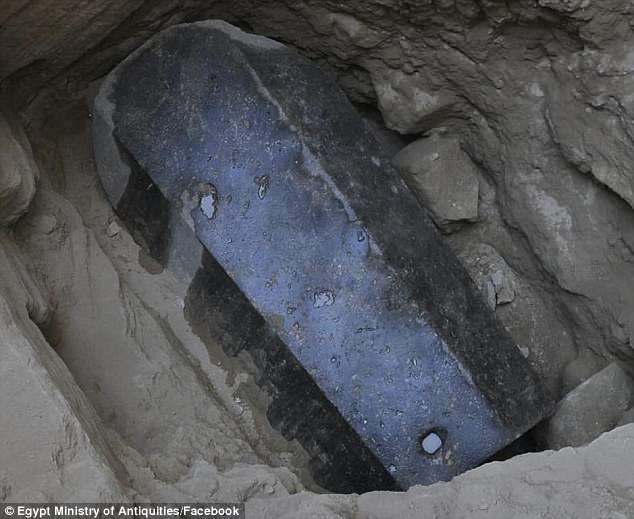 (The Daily Mail) Egyptian archaeologists have discovered what’s thought to be the largest granite sarcophagus ever found in Alexandria, measuring nearly nine feet long.  The massive stone casket was buried more than 16 feet beneath the surface alongside a huge alabaster head – likely belonging to the man who owned the tomb.

Experts say the ancient coffin has remained untouched since its burial thousands of years ago during the Ptolemaic period. Researchers working under the Supreme Council of Antiquities discovered the ancient tomb during an excavation in the Sidi Gaber district of Alexandria. The team was inspecting a resident’s land ahead of digs planned for the foundation of his building at Al-Karmili Street when they stumbled upon the remarkable Ptolemaic burial 5 meters deep. The Ptolemaic period lasted roughly 300 years, from 332-30 BCE, making this particular site more than 2,000 years old.