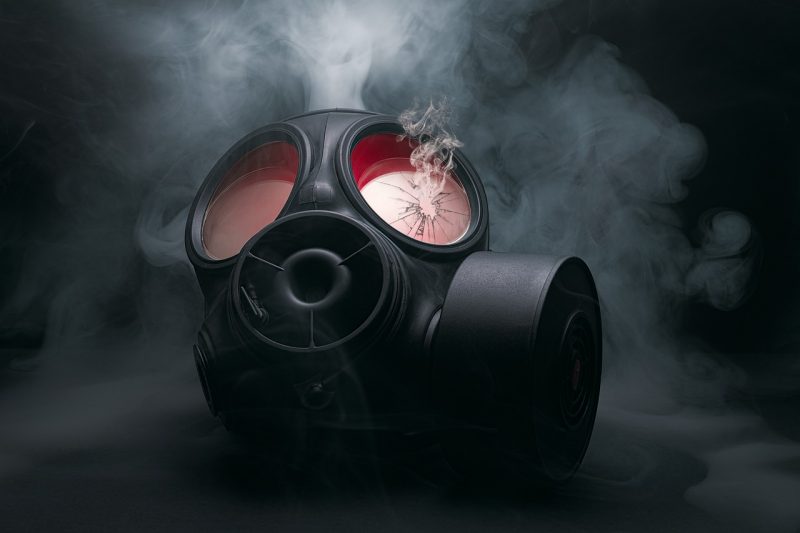 You won’t hear the corporate media say very much about the “shadow war” that Israel and Iran are currently engaged in, because the corporate media is absolutely obsessed with covering the internal strife that is tearing the U.S. apart right now.  But if they were doing their jobs correctly, corporate media outlets would be focusing on the Middle East, because the conflict between Israel and Iran could literally spark a major global war at any moment.  As Israeli military aircraft pounded Iranian-backed forces in southern Syria on Thursday morning, there were reports coming in from central Israel of massive explosions that were so large they “shook the houses”…

Residents from across the country, including central Israel and Jerusalem, reported hearing “loud explosions” that “shook the houses.”

According to the Jerusalem Post, an Israeli military official insists that there was just one explosion and that it was caused by a Syrian surface to air missile that just happened to land in the southern Negev…

Brig.Gen. Hidai Zilberman later told reporters that the explosion was due to the firing of an SA-5 surface to air missile that was fired towards Israel and that it exploded in the southern Negev.

The firing of the missile came during Israeli air strikes in the south of Syria. The missile was not directed towards any target, Zilberman said.

But that wouldn’t seem to explain the multiple “explosions” that residents of central Israel reported on Thursday morning.

In any event, we are seeing fighting on an almost daily basis now.  After hitting pro-Iranian targets inside Syria about 50 times in 2020, Israeli airstrikes have become even more frequent in 2021.

In addition, Israel has conducted a series of extremely bold attacks inside Iran itself over the last nine months.  The following comes from the New York Times…

In less than nine months, an assassin on a motorbike fatally shot an Al Qaeda commander given refuge in Tehran, Iran’s chief nuclear scientist was machine-gunned on a country road, and two separate, mysterious explosions rocked a key Iranian nuclear facility in the desert, striking the heart of the country’s efforts to enrich uranium.

The steady drumbeat of attacks, which intelligence officials said were carried out by Israel, highlighted the seeming ease with which Israeli intelligence was able to reach deep inside Iran’s borders and repeatedly strike its most heavily guarded targets, often with the help of turncoat Iranians.

The most dramatic incident was the attack on the Natanz nuclear facility.  It turns out that attack caused far more damage than we were originally told…

The latest sabotage incident on April 11 caused a blackout at the Natanz facility and major damage. The attack, widely believed to be orchestrated by Israeli intelligence agency Mossad, took out a number of Iran’s older and “least efficient” IR-1 centrifuge machines, according to Iranian foreign ministry spokesman, Saeed Khatibzadeh. Meanwhile, Alireza Zakani, head of the Parliament Research Center, has noted that “several thousands” of centrifuges were damaged or destroyed.

The Iranians vowed “revenge” after that incident, and they have attacked Israeli ships multiple times since then.  Here is one example…

An Israeli-owned ship was attacked near Fujairah in the United Arab Emirates, the Lebanese Al Mayadeen news channel reported on Tuesday.

Israeli defense sources confirmed that a ship partially was attacked on Tuesday, and said they were certain that Iran is behind the attack. The attack took place in international waters, likely by an unmanned drone or a missile strike, they said, noting that only minor damage was caused.

That was the third such attack on an Israeli-owned ship, and more attacks are expected in the future.

The good news is that a full-blown war between Israel and Iran has not erupted yet.

But such a war is coming.  It is just a matter of time at this point.

Inevitably, someone will escalate things a little bit too much, and then thousands of missiles will start flying.

Iranian-backed Hezbollah has 150,000 missiles pointed at Israel right now, and the Iranians are fully capable of doing immense damage to major Israeli cities.

Of course the Israeli military is even more powerful.  In the event of a full-blown war, Israel could literally level every single major city in Iran, Syria and Lebanon.

Meanwhile, Russia and Ukraine remain on the brink of war.  It is being reported that Russia now has more than 100,000 troops in the conflict zone, and Vladimir Putin just warned that western countries that choose to provoke a conflict “will regret their deeds in a way they have not regretted anything else for a long time”…

Speaking as part of his annual address to the Federal Assembly in Moscow on Wednesday, Putin said that his government “wants to have positive relationships with everyone on the international stage, including those with whom relations have broken down recently. We really don’t want to burn bridges.”

At the same time, however, he cautioned that “those who mistake this stance for weakness need to know that Russia’s response [to any aggression] will be asymmetrical, swift and harsh.” Those planning provocations, he said, “will regret their deeds in a way they have not regretted anything else for a long time.”

I don’t know why the warmongers in the Biden administration have decided that it is a good idea to provoke Russia and China simultaneously.  They are not intimidated by us, and they are not going to back down as a result of our threats.

Foreign policy takes a great deal of finesse, but unfortunately the guy in the White House is a hothead in an advanced state of cognitive decline, and he is surrounded by an all-star team of warmongers.

I know that a lot of people are puzzled when I talk about Biden and his team in this manner, because not even Fox News uses the term “warmonger” to describe anyone in the Biden administration.

If you don’t understand what I am talking about yet, just be patient, because time will reveal the truth.

Our world is steamrolling toward war, and it won’t be anything like the relatively minor conflicts that we started in Afghanistan and Iraq.

At this moment, the seeds of World War 3 are being planted, and eventually those seeds will blossom into a conflict that will be far more horrific than most people would dare to imagine.