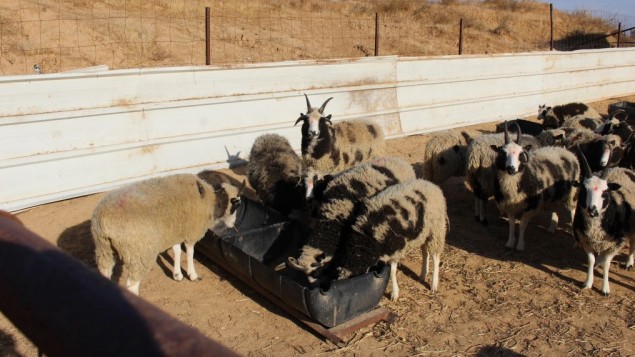 The sheep have landed. After three years of high-level negotiations between the Israeli and Canadian governments, 119 heritage sheep, which trace their lineage back 5,000 years to the Middle East, began arriving in Israel on November 30. It is the first time that the breed, called Jacob’s sheep, has been represented in Israel since biblical times.

Three of the 11 flights carrying the sheep have already arrived in Israel, according to Gil and Jenna Lewinsky, the shepherds who began raising these ovines on a whim in western Canada. “The first sheep arrived on the Jewish calendar the day that Noah came out of the ark, the 28th of Heshvan,” said Jenna Lewinsky.