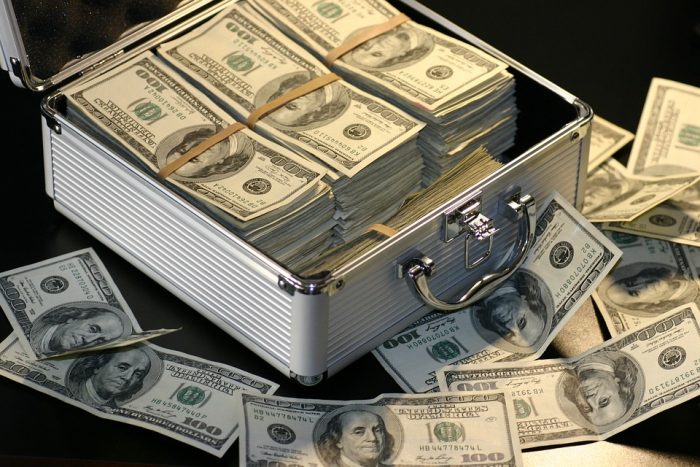 The problem is not that we have a few people that are rich – the problem is that we have so many that are poor. As you will see below, three extremely wealthy individuals have as much money as the poorest half of the nation combined. In a free market capitalist society, there are always going to be some that do better than others, and there is nothing wrong with that. But in our society today, there are so few that are doing well. At this point a majority of all Americans are living paycheck to paycheck, and “one in five households have zero or negative net worth”…

Those are just several of the striking findings of Billionaire Bonanza 2017, a new report (pdf) published Wednesday by the Institute for Policy Studies (IPS) that explores in detail the speed with which the U.S. is becoming “a hereditary aristocracy of wealth and power.”

That means that if you have no debt and a single dime in your pockets, you have more wealth than one-fifth of the entire country.

Okay, so let’s talk about the three men that have more wealth than the poorest 50 percent of the U.S. population combined. Those three men are Bill Gates, Jeff Bezos of Amazon.com, and Warren Buffett. I don’t want to take anything away from what those three have accomplished, because we need more risk takers and entrepreneurs.

Sadly, the level of small business creation has fallen in every presidential administration going all the way back to George H.W. Bush, and the percentage of Americans that are self-employed is hovering near all-time record lows.

As a nation, we desperately need to return to a culture that encourages free market capitalist thinking. We want young men and women to create, invent, innovate and start new ventures. But instead, today our culture encourages young people to become dependent on the government and on the big corporations, and as a result the middle class is evaporating.

As I discussed above, at this point 20 percent of all U.S. households have “either zero or negative wealth”…

In recent years, unprecedented intervention by global central banks has created an absolutely enormous stock market bubble, but the real economy has continued to struggle.

Just look at what is happening to Sears. This week they announced that they lost between $525 million and $595 million during the 3rd quarter of 2017.

How in the world do you do that?

If they had their employees doing nothing all day but flushing one dollar bills down the toilet, I still don’t think that they could lose that much money in three months.

Sears is going to sell 140 stores in a desperate attempt to stay afloat, but many believe that this is simply delaying the inevitable. In fact, one prominent analyst named Bill Dreher believes that Sears will never be profitable again…

One Wall Street analyst is beginning to doubt whether Sears Holdings will ever be profitable again, as the 124-year-old retailer struggles for liquidity and same-store sales evaporate.

“Sears’ operational performance is clearly NOT improving, and we grow increasingly concerned whether the company will ever return to profitability,” wrote Susquehanna analyst Bill Dreher in a note to clients Wednesday. “Further highlighting the company’s weakened position is the reality that manufacturers are increasingly demanding tighter payment and/or withholding products.”

Once upon a time, Sears was the number one shopping destination for the middle class.

But like the middle class in America, the best days for Sears are now long gone.

If we want to restore our economy to greatness, we need a vibrant middle class.

And in order to have a vibrant middle class, we need to have a system that encourages entrepreneurs and small businesses. Free markets work if you allow them to, but unfortunately today we are strangling our entrepreneurs and small businesses with rules, regulations, red tape and oppressive levels of taxation, and until we change our ways we are going to continue to get the same very poor results.

1 thought on “Bill Gates, Jeff Bezos And Warren Buffett Have More Money Than The Poorest 50% Of The U.S. Population Combined”