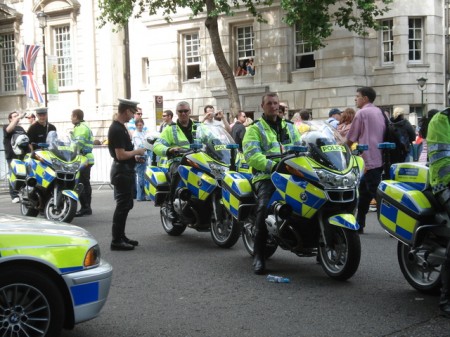 British police raided an English country pub this week in search of a stolen wooden relic believed by some to be the Holy Grail – a cup from which, according to the Bible, Jesus is said to have drunk at his final meal before crucifixion.

The Grail has captivated religious experts for centuries, spawning myriad theories about its location and inspiring numerous fictional accounts from the Middle Ages onwards.

The object of the police search, which was unsuccessful, was a frail wooden bowl known as the Nanteos Cup that has been attributed with healing powers since the 19th century, attracting pilgrims and others who believe it may be the Holy Grail itself.

After receiving a tip-off, a team of eight officers and a police dog arrived on Sunday morning at the Crown Inn, a village pub in the rural English county of Herefordshire.

“They turned the place upside down. They came with fiber optic cameras to look in all the corners and nooks and crannies, and under the floorboards … they were clearly serious about it,” the pub’s landlady, Di Franklyn, said.