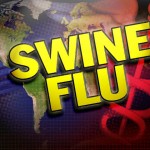 According to new estimates from the CDC, hundreds of thousands of Americans could die from the H1N1 flu over the next two years.

The WHO says that the H1N1 pandemic is gaining speed.  In fact, the WHO is estimating that 2 billion people will get the “swine flu” over the next 2 years.

In an effort to vaccinate as many people as possible for the swine flu before the winter starts, many European governments are saying that they will “fast-track” the testing of a swine flu vaccine.

The Exeter City Council says that it is considering using the catacombs under the city to store the corpses of swine flu victims if the pandemic worsens.

Some experts are now claiming that Vitamin D is a “major weapon” against the swine flu.

Even CNN is reporting on 5 freedoms that would be lost under Barack Obama’s health care reform plan.

Eliot Spitzer, the former governor and attorney-general of New York, has come out and said that the Federal Reserve is a “Ponzi scheme” that created “bubble after bubble” in the U.S. economy and needs to be held accountable for its actions.

Former astronaut Buzz Aldrin made a stunning statement on national television that he has knowledge of a “monolith” that exists on one of the moons of Mars.

For those of you who have lost your jobs, this article may be of particular interest to you: Ten Things You Need to Know to Live on the Streets

Is the world facing a very serious food crisis during the second half of 2009?

According to reports, the U.K. government is actually getting ready to unleash a new “patio tax” which penalizes citizens for having a scenic view from their home.

Under one new government program in the U.K., thousands of “dysfunctional” families are being given intensive 24-hour supervision to make sure their children attend school, go to bed on time and eat proper meals.

Lastly, according to another new government proposal in the U.K., all parents will be forced to sign “contracts” to ensure that their children behave at school.