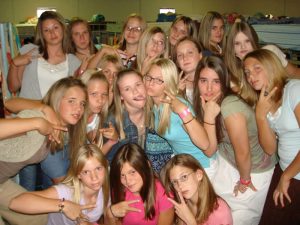 According to a report just released from the U.S. Centers for Disease Control, one in four teenage girls in the United States has had a sexually transmitted disease.

U.S. health officials are linking the H1N1 swine flu epidemic to a sharp rise in the number of severe bacterial infections.

Widespread opposition in Europe against the swine flu vaccine is growing.

Now New Zealand Government’s chief climate advisory unit NIWA is under fire for allegedly massaging raw climate data to show a global warming trend that simply was not there.

The U.S. Senate’s leading global warming opponent has sent letters to several climate change scientists and to the inspectors general of various federal agencies notifying them to retain e-mails that prove researchers are manipulating data to make the case for global warming.

The White House has announced that Barack Obama will attend U.N.-sponsored climate talks in Copenhagen next month and commit the United States to specific targets for reducing carbon dioxide emissions.

House Speaker Nancy Pelosi says that Americans would be willing to “absorb” higher deficits in exchange for more jobs.

The total number of bankruptcies filed in the third quarter in the United States surged 33%.

Wow – this startling animated map shows the stunning growth of unemployment in the United States.  If you still have a job that is something to be thankful for on this Thanksgiving Day.

China State Construction Engineering Corporation, the largest contractor in China, has bagged a subway ventilation project worth about 100 million dollars in New York’s Manhattan area.  I guess that is one way to increase employment in the U.S. – give all the jobs to China.

Fannie Mae plans to raise minimum credit score requirements and limit the amount of overall debt that borrowers can carry relative to their incomes.

Gold prices hit record highs above $1,190 an ounce on Wednesday as the dollar sharply declined.

A controversial new proposal in the U.K. would force political parties to make Parliament less white, male, middle-class and heterosexual.

More stores than ever will be opening their doors on Thanksgiving Day.  Is that a good thing?

Do you know what is in the games your kids are playing?  Perhaps before you answer that question, you should watch this short video of the hottest new video game that has been released this holiday season.

Lastly, why has the World Health Organization published a press release at this time which contains an ominous warning about the potential for a deadly “reassortment” in which the H1N1 swine flu virus combines with the H5N1 bird flu virus to produce a completely new strain?