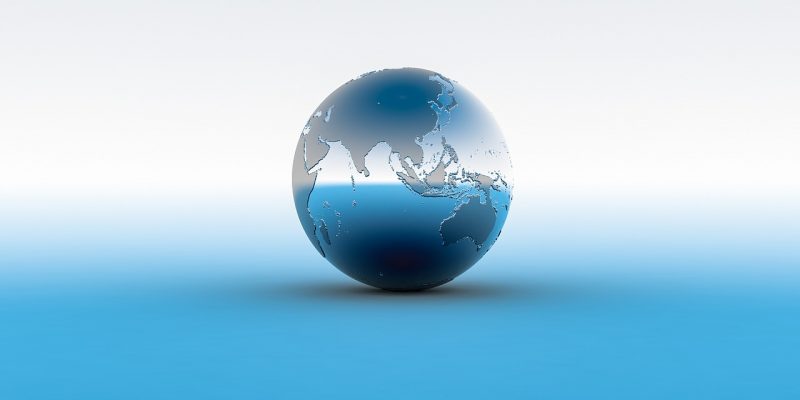 I feel really bad for the Taiwanese people.  Thanks to the recklessness of Nancy Pelosi, China has decided to become much more aggressive.  Until Sunday, a series of extremely alarming “live-fire drills” in the waters surrounding Taiwan will essentially cut off much of the normal maritime and air traffic that reaches the island.  And it is being reported that during these “exercises” China actually plans to fire missiles over Taiwan for the very first time.  Needless to say, much of the Taiwanese population will become greatly alarmed when they see missiles flying overhead.  Taiwan is heavily dependent on imported food, and China is demonstrating very clearly that they can completely cut off the island from all resources if they are crossed again.

In the western world, news sources are using the term “blockade” over and over again to describe what China is doing right now.  Here is just one example…

China is to begin a series of unprecedented live-fire drills that would effectively blockade the island of Taiwan, just hours after the departure of US House speaker, Nancy Pelosi, whose controversial visit this week has sparked fears of a crisis in the Taiwan strait.

Taiwan has characterised the drills, which will last until Sunday afternoon – and will include missile tests and other “military operations” as close as nine miles to Taiwan’s coastline – as a violation of international law.

Let us hope that these measures are just temporary, because a blockade is technically an act of war.

China’s “military exercises” near Taiwan have already begun, but the really big ones that everyone is talking about will start on Thursday…

Six days of military exercises kicked off Tuesday night with live-fire drills in and around the Taiwan strait that will last through today, as authoritarian China attempts to intimidate its democratic neighbour and pressure the US into dropping support.

Four more days of drills will then commence on Thursday and last until Sunday, taking place in six locations around Taiwan – three of which cross into the island’s territorial waters in what Taipei called a serious breach of international norms.

You can see a map of the six zones where the Chinese will be conducting their drills right here.

As you can see, those six zones essentially form a perimeter which completely surrounds the Island.

Beijing followed the condemnation with a slew of punitive measures against Taiwan, including live-drills in six areas around the island’s coastline that will run between noon on Thursday and the same time on Sunday.

Airlines operating in Asia were warned to avoid flying close to Taiwan during the exercise with ships being told to stay away from the “danger zones”.

Until next week, very little maritime and air traffic will be reaching the island.

That won’t hurt too much as long as China ends the blockade early next week.

And as I mentioned earlier, during the exercises China also plans to fire missiles directly over Taiwan for the very first time…

China signaled on Wednesday it plans to dramatically escalate military provocations aimed at Taiwan to include flying missiles over it for the first time, a clear sign that House Speaker Nancy Pelosi’s departure from visiting the island nation marks not the end of a burgeoning standoff with the U.S. but rather the beginning of one.

The English-language Global Times news outlet, which is aligned with the Chinese Communist Party, included in a post early Wednesday “that conventional missiles are expected to fly over the island of Taiwan for the first time” in response to the California Democrat’s daylong stopover to meet with local officials, which Beijing considers a clear break from standing policy governing the island over which it claims dominion.

This is a very obvious attempt at intimidation.

Of course the Taiwanese people have been living under the threat of a potential Chinese invasion for a long time, but this definitely takes things to a new level.

My hope is that when next week rolls around the Chinese will decide that they have sent a strong enough message and will pack up and go home.

Emerging footage from China appears to show tanks and missiles massing on a public beach as tensions over the situation with the US and Taiwan rise.

The concerning video shows the military equipment along with soldiers from the People’s Liberation Army (PLA) heading towards Pingtan Island as China flexes its military muscles.

Are such movements just for show?

That is what some of the “experts” are telling us.

Many “experts” in the western world also assured us that Russia would not invade Ukraine.

And then it happened.

Could it be possible that we are on the verge of making a similar mistake with China?  The following comes from an excellent opinion piece by Ted Galen Carpenter…

President Xi Jinping’s warning on the eve of Pelosi’s visit that the United States must not “play with fire,” regarding Taiwan and that those who persist in doing so “will perish by it,” should jar the U.S. foreign policy elite from its complacency. The PRC’s increasingly confrontational stance is reminiscent of Russia’s hardening attitude and demand for Western security assurances regarding Ukraine in late 2021 and early 2022. So, too, is Beijing’s growing deployment of air and naval forces near Taiwan. China probably does not want a war with the United States, but just as Russia was willing to fight to repel a threat to its vital interests in Ukraine, China likely will choose that course as a last resort concerning Taiwan.

Biden’s tone-deaf foreign policy team must realize that Beijing is not bluffing. The administration thoroughly mismanaged the last foreign policy crisis. It cannot afford to mismanage this one.

If the U.S. and China end up in a shooting war over Taiwan, the consequences will be absolutely disastrous even if the war doesn’t go nuclear.

Our stores are currently filled with cheap goods that are made in China, and once war starts the flow of goods across the Pacific would completely stop.

And it turns out that a great deal of our pharmaceutical drugs are also made in China.

The truth is that we simply cannot afford a military conflict with China because we have become dependent on China in thousands of different ways.

So why do we keep provoking them?

Nancy Pelosi knew that visiting Taiwan at this very sensitive time would provoke China, but she did it anyway.

Those that go around starting unnecessary fights always end up regretting it.  That is a principle that we should be teaching to our kids, and it is something that our political leaders desperately need to learn as well.

Because if we keep pushing everyone else around, we could easily find ourselves involved in a truly cataclysmic global war.

In the old days, we had true statesmen that knew how to project strength but also avoid war at the same time.

Today, Joe Biden is surrounded by an all-star team of warmongers that seem to have no idea how the world actually works.  Their arrogance is only exceeded by their incompetence, and they are making colossal mistakes that threaten to plunge our society into a nightmare from which it may never recover.