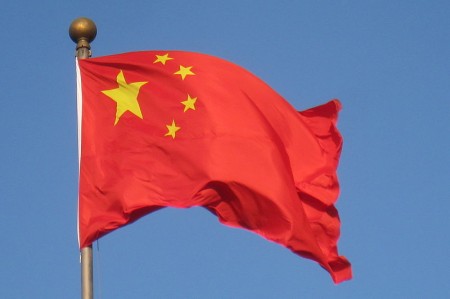 Fifteen months ago we reported China’s stealth invasion of India’s Ladakh region, and now, as PTI reports, Chinese troops are reported to have entered deep into Indian territory in Burtse area in Ladakh where they had pitched their tents last year. Indian troops spotted Chinese personnel 25 to 30 km from the perceived Line of Actual Control (LAC). PLA personnel carried flags reading “this is Chinese territory, go back” in their hands and they refused to move after being confronted by India’s quick response team.

Chinese troops are reported to have entered 25 to 30 km deep into Indian territory in Burtse area in Ladakh where they had pitched their tents last year that had led to a tense three-week standoff. Official sources said on Monday a patrol of Indian troops noticed the People’s Liberation Army (PLA) personnel on Sunday while moving from their base towards the higher ‘New Patrol base’ post in Burtse area of North Ladakh in Jammu and Kashmir. The area is at an altitude of 17,000 feet.

The sources said the troops after walking barely 1.5 km from their base spotted the Chinese personnel in Indian territory 25 to 30 km from the perceived Line of Actual Control (LAC).

…noticed the PLA personnel still sitting on the ground with flags reading “this is Chinese territory, go back” in their hands. A Quick Reaction Team had also accompanied the Indian patrol but nothing could be achieved as Chinese refused to budge from their position, the sources said, adding finally Indian troops returned to their base and informed their higher ups. Udhampur-based Army Spokesperson Col S D Goswami denied that any such incident had taken place but said there was no commonly delineated LAC between India and China which led to transgressions.

“There are areas along the border where India and China have differing perception of LAC. Due to both sides undertaking patrolling upto their respective perception of the LAC, transgressions do occur. However, no incursion or encroachment of Indian Territory by China has taken place along the India-China border,” the spokesperson said in response to an email query.

He said India regularly takes up any transgression with the Chinese side through established mechanisms such as flag meetings, border personnel meetings and normal diplomatic channels like Working Mechanism on Consultation and Coordination on India-China Border Affairs. At these meetings, the issues are resolved through the provisions of various agreements between India and China, he added.