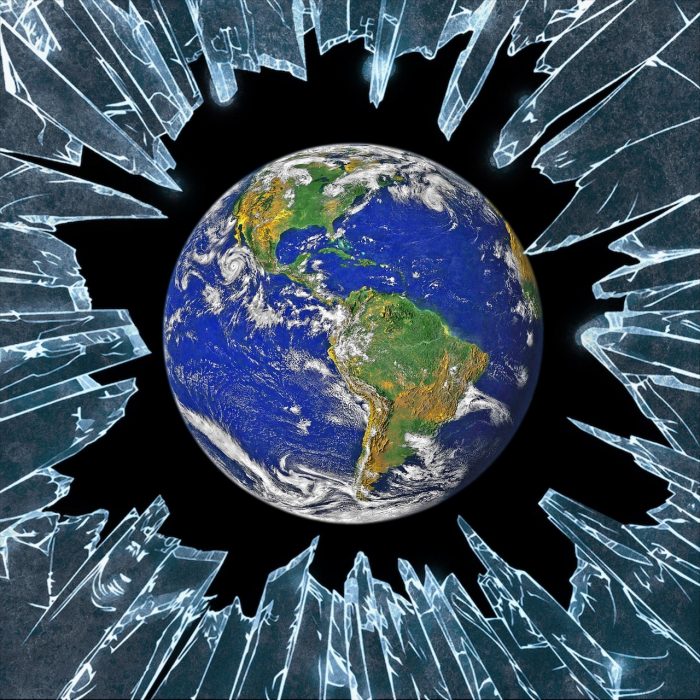 For most of this summer, much of the U.S. has been hit by historic heatwaves, crippling drought and unprecedented wildfires. But if the long-term forecasts that I am about to share with you are accurate, this winter could be bitterly, bitterly cold. The sun appears to be entering into a period of early hibernation, and that is a very troubling sign. The primary driver of climate conditions is the giant ball of fire that our planet revolves around, and that ball of fire is beginning to behave in irregular ways. Sunspot activity is way, way below what was expected for this year, and that is one of the reasons why so many are calling for a “big freeze” this winter. And if we experience an extended “solar minimum”, that could mean significantly reduced temperatures and crop failures all over the planet. At other times in history, such a scenario has meant global famine.

But for the moment, most of the focus is still on the extremely hot and dry summer that we have been enduring. According to the National Oceanic and Atmospheric Administration, 131 million people in this country are currently experiencing “abnormal dryness and drought”.

An increasing number of cities face extreme heat for much of the summer, with highs surpassing 100 and even 110 degrees for weeks at a time. Even in the final days of August, Phoenix is sweltering at 107 and San Antonio at 104.

At the same time, there has been very little rain in the Southwest, and that has resulted in historically bad drought conditions.

According to Drought.gov, 10 different states are currently dealing with “extreme” or “exceptional” droughts…

Scorching heatwaves across the United States have contributed to massive wildfires, and to make matters worse the dry weather has also led to extreme droughts.

Large chunks of the country are now facing dire times due to the droughts.

According to Drought.gov – the official monitor of droughts in the US – 10 states are facing “extreme” or “exceptional” droughts, the highest categories in the ranking system.

If you go to U.S. Drought Monitor, you can see that the worst drought conditions are in areas that also experienced the Dust Bowl of the 1930s. Many believe that we are witnessing the return of Dust Bowl conditions, and that has very serious implications for the future of our nation.

Meanwhile, this has also been one of the worst years for wildfires in our history. It is being reported that over 100 wildfires are currently burning around the nation, and that includes three of the largest fires in California history.

At one time the heart of fire season was confined to just a few months, but now fighting fires in America never seems to end…

A lot of people are blaming all of this unusual weather on “global warming”, but what will they say when things get bone-chilling cold this winter?

According to Fox News, the Farmers’ Almanac is predicting “teeth-chattering cold” for much of the U.S. in the months ahead…

The Farmers’ Almanac is predicting a “colder-than-normal” winter from the Continental Divide on eastward, with “teeth-chattering” cold arriving in mid-February in the Northeast, Great Lakes, and even into the Southeast.

“Contrary to the stories storming the web, our time-tested, long-range formula is pointing toward a very long, cold, and snow-filled winter,” editor Peter Geiger said in a statement on the company’s website. “We stand by our forecast and formula, which accurately predicted the many storms last winter, as well as this summer’s steamy, hot conditions.”

The Farmers’ Almanac has been right before, and that is because they are looking at the same scientific data that everyone else can access.

Scientists believe that Earth could experience a “big freeze” as the sun goes through what’s known as “solar minimum.” During this time, sunspots are minimal and the globe could be in for a wicked cold snap.

Scientists are reporting that the sun has been free of sunspots for a total of 133 days this year, according to The Express UK. With only 241 days of 2018 passing, that means the sun has been blank for the majority of the year. Experts continue to warn that this is a sign that the solar minimum is on its way. “The sun is spotless again. For the 133rd day this year, the face of the sun is blank,” wrote the website Space Weather. “Solar minimum has returned, bringing extra cosmic rays, long-lasting holes in the sun’s atmosphere, and strangely pink auroras,” the website continued.

Solar minimums usually happen on a very regular schedule, but once in a while there is a “prolonged solar minimum”, and that can be really, really bad.

In fact, a prolonged solar minimum between 1645 and 1715 caused global temperatures to decline substantially and resulted in global food shortages…

But a prolonged solar minimum could mean a “mini ice age.” The last time there was a prolonged solar minimum, it did, in fact, lead to a mini ice-age which was scientifically known as the Maunder minimum. That little cold snap lasted for 70 years between the years 1645 and 1715. During this period, temperatures dropped globally by 1.3 degrees Celsius leading to shorter seasons and ultimately food shortages.

Could we be facing such a scenario once again?

I have repeatedly warned that weather patterns are changing and that our planet is becoming increasing unstable. Supplies of key natural resources such as food, oil and fresh water are already being stretched very thin, and it isn’t going to take very much to produce a devastating global crisis.

For the moment things may seem somewhat stable, but signs of trouble are all around us. So let us hope for the best, but let us also get prepared for the worst.