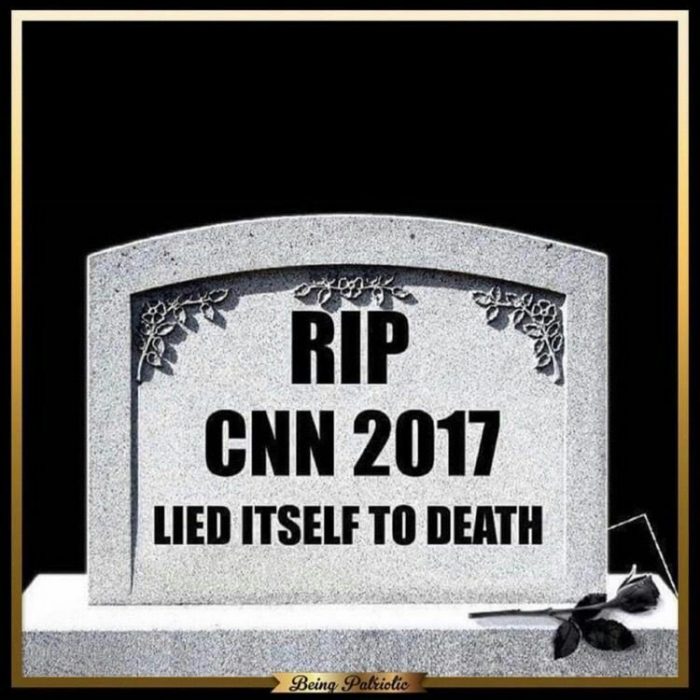 Nobody else needs to dig a grave for CNN because they are doing it themselves. There has been scandal after scandal at the network, and now one of their producers has been caught on undercover video admitting that CNN has been pushing fake news stories about a connection between Donald Trump and Russia in a desperate attempt to get ratings. In other words, CNN’s entire Russia narrative has been a complete lie all along. Unfortunately for CNN, they are going to discover that once your credibility is gone it is incredibly difficult to ever get it back.

On Tuesday, Project Veritas made headlines all over the world when it released undercover video of CNN Producer John Bonifield admitting that CNN’s Russia narrative is fake news. If you haven’t seen it yet, you can view the entire video right here. Now that this video has been made public, I don’t see how CNN is ever going to recover from this. When one of your top producers admits that the story you have been pushing for months is basically a load of cow manure, it is impossible to maintain the pretense that you are a legitimate news organization any longer…

Project Veritas has released a video of CNN Producer John Bonifield who was caught on hidden-camera admitting that there is no proof to CNN’s Russia narrative.

“I mean, it’s mostly bullshit right now,” Bonifield says. “Like, we don’t have any giant proof.”

He confirms that the driving factor at CNN is ratings:

Three CNN employees have handed in their resignations over a retracted story linking President Trump to Russia, the network announced Monday.

The article was removed from CNN.com on Friday after the network decided it could no longer stand by its reporting.

“In the aftermath of the retraction of a story published on CNN.com, CNN has accepted the resignation of the employees involved in the story’s publication,” a network spokesperson told TheWrap in a statement.

President Trump has taken a lot of heat for referring to CNN as “fake news”, but after the events of the past several days he has been completely vindicated.

And once news broke of three reporters being forced out of the network for a false story about Russia, he took a bit of a victory lap with this tweet…

Wow, CNN had to retract big story on “Russia,” with 3 employees forced to resign. What about all the other phony stories they do? FAKE NEWS!

This is such a shame, because I always liked CNN’s election coverage compared to the other networks. John King always did such a great job breaking things down county by county, and Wolf Blitzer always made things seem so dramatic.

But now it is exceedingly difficult to see any sort of a future for the network after all of this.

And of course other major news outlets have been guilty of pushing fake news about Russia too. The following comes from the Intercept…

Over and over, major U.S. media outlets have published claims about the Russia Threat that turned out to be completely false — always in the direction of exaggerating the threat and/or inventing incriminating links between Moscow and the Trump circle. In virtually all cases, those stories involved evidence-free assertions from anonymous sources that these media outlets uncritically treated as fact, only for it to be revealed that they were entirely false.

But with CNN it has always been on another level, and we now have a top insider on tape admitting that a connection between Trump and Russia is being pushed even though there isn’t any evidence. In fact, Bonifield says that CNN CEO Jeff Zucker has been personally pushing this angle himself…

I can’t imagine that Zucker gets to keep his job now that this has been revealed.

It may not happen immediately, but look for him to be shown the door in the not too distant future.

All along, Trump has insisted that this whole thing with Russia has been a “witch hunt”, and that is what I have been saying too. And it turns out that Bonifield feels the exact same way…

“I just feel like they don’t really have it but they want to keep digging. And so I think the President is probably right to say, like, look you are witch hunting me. You have no smoking gun, you have no real proof.”

If this doesn’t kill “the Russia story”, I don’t know what will.

This whole thing has been a massive charade from the very beginning, and the big news networks have been endlessly pushing it for ratings.

In their zeal to destroy Trump, they have “jumped the shark” and have destroyed their own credibility instead.

Once upon a time, most mainstream journalists at least attempted to pretend that they were being objective, but those days are long gone.

Today, it is absolutely imperative for all of us to understand that everyone has an agenda. In other words, every single person that you see on television is trying to get a message across. So instead of taking in news and entertainment passively, we need to have our filters up and we need to be thinking for ourselves.

Fortunately, episodes such as this one tend to awaken a lot of people, and more Americans than ever are sick and tired of the lies and misinformation that they are constantly being fed.

2 thoughts on “CNN Is Dead: Network Loses All Credibility As Producer Admits That The Entire Russia Narrative Is Fake News”