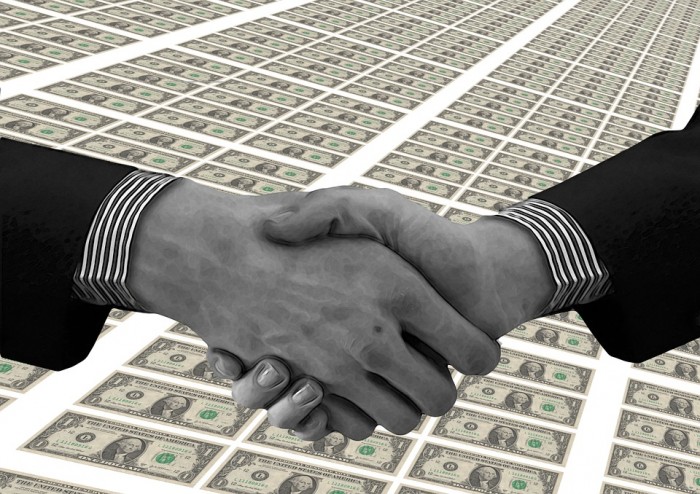 The Dow closed above 18,000 on Monday for the first time since July. Isn’t that great news? I truly wish that it was. If the Dow actually reflected economic reality, I could stop writing about “economic collapse” and start blogging about cats or football. Unfortunately, the stock market and the economy are moving in two completely different directions right now. Even as stock prices soar, big corporations are defaulting on their debts at a level that we have not seen since the last financial crisis. In fact, this wave of debt defaults have become so dramatic that even USA Today is reporting on it…

Get ready to step over some landmines, investors. The number of companies defaulting on their debt is hitting levels not seen since the financial crisis, and it’s not just a problem for bondholders.

So far this year, 46 companies have defaulted on their debt, the highest level since 2009, according to S&P Ratings Services. Five companies defaulted this week, based on the latest data available from S&P Ratings Services. That includes New Jersey-based specialty chemical company Vertellus Specialties and Ohio-based iron ore producer Cliffs Natural. Of the world’s defaults this year, 37 are of companies based in the U.S.

Meanwhile, coal producer Peabody Energy (BTU) and surfwear seller Pacific Sunwear (PSUN) this week filed plans for bankruptcy protection. Shares of Peabody have dropped 97% over the past year to $2 a share and Pacific Sunwear stock is off 98% to 4 cents a share.

A lot of big companies in this country have fallen on hard times, and it looks like bankruptcy attorneys are going to be absolutely swamped with work for the foreseeable future.

So why are stock prices soaring right now? After all, it doesn’t seem to make any sense whatsoever.

And it isn’t just a few bad apples that we are talking about. All across the spectrum, corporate revenues and corporate earnings are down. At this point, earnings for companies on the S&P 500 have plunged a total of 18.5 percent from their peak in late 2014, and it is being projected that corporate earnings overall will be down 8.5 percent for the first quarter of 2016 compared to one year ago.

As earnings decline, a lot of big companies are getting into trouble with debt, and we have already seen a very large number of corporate debt downgrades. In recent interviews, I have been bringing up the fact that the average rating on U.S. corporate debt has now fallen to “BB”, which is already lower than it was at any point during the last financial crisis.

A lot of people don’t seem to believe me when I share that fact, but it is absolutely true.

One of the big reasons why corporate debt is being downgraded is because a lot of these big companies have been going into enormous amounts of debt in order to buy back their own stock. The following comes from Wolf Richter…

Downgrades ascribed to “shareholder compensation,” as Moody’s calls share buybacks and dividends, have been soaring, according to John Lonski, Chief Economist at Moody’s Capital Markets Research. The moving 12-month sum of Moody’s credit rating downgrades of US companies, jumped from 32 in March 2015, to 48 in December 2015, and to 61 in March 2016, nearly doubling within a year.

The last time the number of downgrades attributed to financial engineering reached 61 was in early 2007. It would hit its peak of 79 in mid- 2007, a few months before the beginning of the Great Recession in Q4 2007. At the time, stocks were on the verge of commencing their epic crash.

When corporations go into the market and buy back their own stock, they are slowly cannibalizing themselves. But we have seen these stock buybacks soar to record levels for a couple of reasons. Number one, big investors want to see stock prices go up, and so big investors tend to really like these stock buybacks and will generally support corporate executives that wish to engage in doing this. Number two, if you are a greedy corporate executive that is heavily compensated by stock options, you very much want to see the stock price go up as well.

So the name of the game is greed, and stock buybacks have been fueling much of the rise in U.S. stock prices that we have been seeing recently.

However, the truth is that nothing in the financial world lasts forever, and this irrational bubble will ultimately come to an end as well.

Earlier today, I am across an article that included a comment from Michael Hartnett of Bank of America Merrill Lynch. He believes that there are a lot of parallels between what is happening today and the period of time that immediately preceded the bursting of the dotcom bubble…

Back then, as could be the case today, a bull market & a US-led economic recovery was rudely interrupted by a crisis in Emerging Markets. The crisis threatened to hurt Main Street via Wall Street (the Nasdaq fell 33% between Jul-Oct 1998, when [Long-Term Capital Management] went under). Policy makers panicked and monetary policy was eased (with hindsight unnecessarily). Fresh liquidity combined with apocalyptic investor sentiment very quickly morphed into a violent but narrow equity bull market/bubble in 1998/99, one which ultimately took valuations & interest rates sharply higher to levels that eventually caused a “pop”.

Like Hartnett, I definitely believe that a major “pop” is on the way, although I would like for it to be delayed for as long as possible.

Someday we will look back on these times with utter amazement. It has been absolutely incredible how the financial markets have been able to defy economic reality for so long.

But they can’t do it forever, and according to a brand new CNN survey Americans are becoming increasingly pessimistic about where the real economy is heading…

This gloom persists despite the fact that the stock market is on the upswing again. The Dow topped 18,000 Monday for the first time since July 2015.

If some Americans think that the U.S. economy deserves a “D” or an “F” grade right now, just wait until they see what is in our immediate future.

Personally, I give our economy an “A” for being able to maintain our unsustainable debt-fueled standard of living for as long as it has. Somehow we have managed to consume far more than we produce for decades, and the largest debt bubble in the history of the planet just keeps getting bigger and bigger and bigger.

Of course we are very much living on borrowed time at this point, but I truly hope that the bubble economy can keep going for at least a little while longer, because nobody should want to see what is coming afterwards.