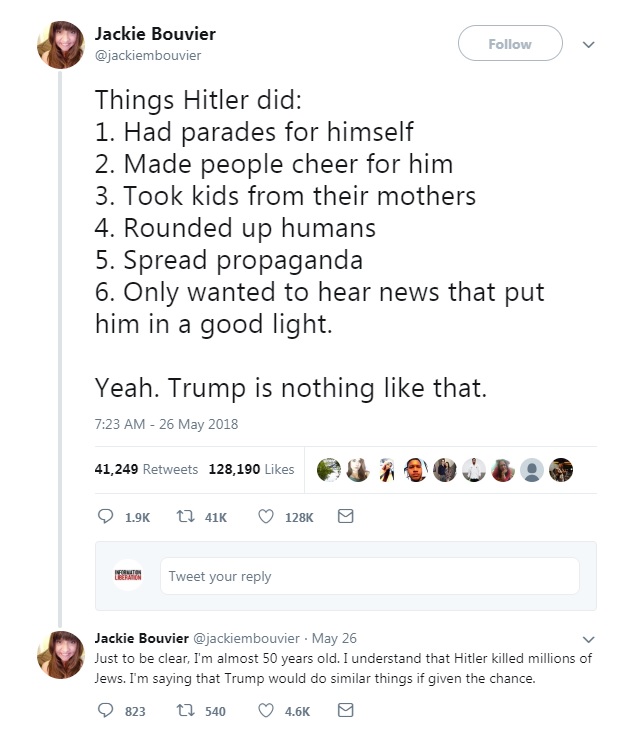 On May 26th, a Twitter user named Jackie Bouvier tweeted six reasons why Donald Trump is just like Adolf Hitler, and that single tweet has now been retweeted more than 40,000 times.  Here are the six points of comparison that she made between Trump and Hitler…

1. Had parades for himself
2. Made people cheer for him
3. Took kids from their mothers
4. Rounded up humans
5. Spread propaganda
6. Only wanted to hear news that put him in a good light. Yeah. Trump is nothing like that.

And she followed that up with this gem of a tweet…

Just to be clear, I’m almost 50 years old. I understand that Hitler killed millions of Jews. I’m saying that Trump would do similar things if given the chance.

Does she seriously believe that Trump would kill millions of people if he had the chance?

If this is any indication where our society is heading, then we are in really big trouble…