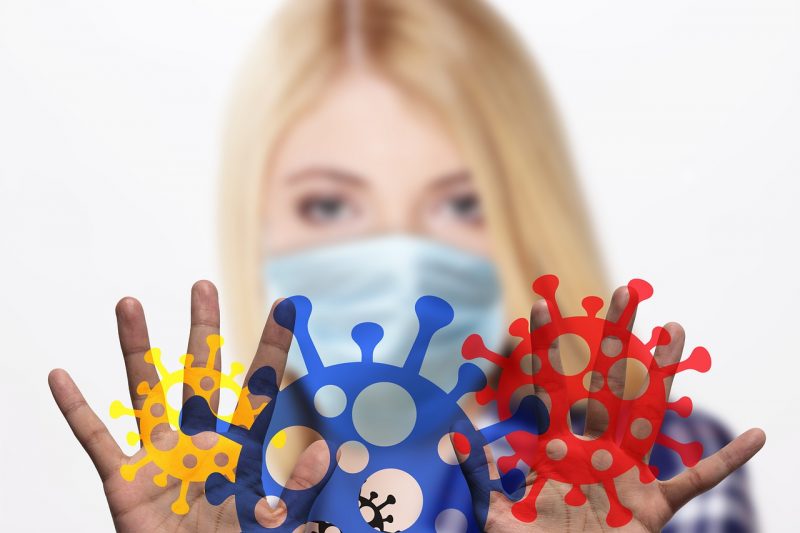 Did you hear about the outbreak of the new “mystery disease” in Tanzania?  What about the alarming new outbreak in Congo?  New developments in South Africa are making headlines all over the globe as well.  Despite all of our advanced technology, humanity remains extremely vulnerable to outbreaks of disease, and many believe that the COVID pandemic is just the beginning.  Fearsome new bugs are constantly being cooked up in labs all over the planet, and it is inevitable that there will be more “accidents” that result in more of these bugs getting released in the future.  As we have seen, a single virus can rapidly spread throughout the entire world, and it is just a matter of time before a pandemic comes along that will wipe out tens of millions of people.

This is a hot button topic for me, and so I am constantly monitoring news sources for new pestilences that may be emerging.  Needless to say, when news stories about a new “mystery illness” in Tanzania started coming out, that definitely got my attention…

A MYSTERY illness which causes patients to vomit blood has killed at least 15 in Tanzania, officials said.

More than 50 people have been hospitalised in the south of the country due to the unidentified condition which also causes nausea in sufferers.

Authorities in Tanzania do not know what is causing people to vomit blood and drop dead.

Tanzania has suspended a medical officer who reported that a mystery disease had killed 15 people in the country and caused people to throw up blood.

Felista Kisandu, the chief medical officer for the Chunya district, had described how patients ‘vomit blood and die when they get to the hospital late’ in an unexplained bout of sickness which was said to have affected more than 50 people.

At this point, officials are insisting that there will not be a wider outbreak, but of course Tanzania would also have us believe that COVID does not exist in their country when there is a tremendous amount of evidence to the contrary.

So far, this new mystery disease does not appear to match the type of killer pandemic that I described in my latest book, but we will continue to monitor the situation.

Meanwhile, a new Ebola outbreak in Congo is creating a tremendous amount of concern…

Health officials in Congo confirmed another Ebola outbreak in the country’s east on Sunday, the fourth in less than three years. On February 3, a woman died in Butembo town in North Kivu province, Minister of Health Eteni Longondo announced.

The woman from the nearby village of Biena felt sick for a few days before being tested in a clinic there. She then went to a hospital in Butembo, but died before receiving the results. The government has begun tracing everyone who came in contact with her to try to “eradicate the epidemic as soon as possible,” said Longondo.

The good news is that it is not easy to transmit Ebola from one person to another.

But of course Ebola could mutate at any time.

Speaking of mutations, the number of cases of “SUPER COVID” in the United States appears “to be doubling about every 10 days”…

Cases of the ‘super COVID’ variant that originated in the UK are spreading rapidly across the United States, a new study claims.

Researchers estimate that the variant, known as B 1.1.7., is between 35 percent and 45 percent more transmissible than strains seen earlier on in the pandemic.

Because of its more contagious nature, infections of the variant in the U.S. appear to be doubling about every 10 days.

Some health experts believe that this will cause the largest wave of COVID that we have seen so far, but others dispute that claim.

Of even greater concern is the COVID variant that has emerged out of South Africa.  At the moment, confirmed cases of that variant have been identified in three different states…

The South Africa coronavirus variant has been identified in Virginia, the third state to report a B.1.351 variant case, according to Feb. 7 data from the CDC. Maryland and South Carolina have also reported cases of the variant, bringing the nation’s total to six known cases.

One of the reasons why the South African variant is causing so much concern is because vaccines appear to be of little use against it.

In fact, South Africa just suspended their entire vaccination campaign after the results of a shocking new study were released…

South Africa suspended its vaccination campaign against COVID-19 Sunday after a new study revealed that the AstraZeneca vaccine is less effective against a variant of the virus found in the country.

The World Health Organization is holding a meeting Monday about the latest development in South Africa.

If the South African strain becomes dominant all over the planet, that will be a complete and utter nightmare for global health authorities.

And we are being told that COVID is going to keep mutating in the years ahead.  This is a disease that is simply not going to be eradicated, and even the Wall Street Journal is admitting that this virus could be with us for “decades”…

Governments and businesses are increasingly accepting what epidemiologists have long warned: The pathogen will circulate for years, or even decades, leaving society to coexist with Covid-19 much as it does with other endemic diseases like flu, measles, and HIV.

So those that were expecting their lives to “get back to normal” are going to be deeply disappointed.

Thomas Frieden, the former director of the CDC, says that “we need to come to the acceptance phase that our lives are not going to be the same”…

The ease with which the coronavirus spreads, the emergence of new strains and poor access to vaccines in large parts of the world mean Covid-19 could shift from a pandemic disease to an endemic one, implying lasting modifications to personal and societal behavior, epidemiologists say.

“Going through the five phases of grief, we need to come to the acceptance phase that our lives are not going to be the same,” said Thomas Frieden, former director of the U.S. Centers for Disease Control and Prevention. “I don’t think the world has really absorbed the fact that these are long-term changes.”

But what Frieden and other experts don’t seem to realize is that this COVID pandemic is not a worst case scenario.

Pandemics that are far, far worse are inevitably coming, and they will wipe out tens of millions of people.

We have now entered an era of deadly pandemics, and society is going to be completely turned upside down as a result.