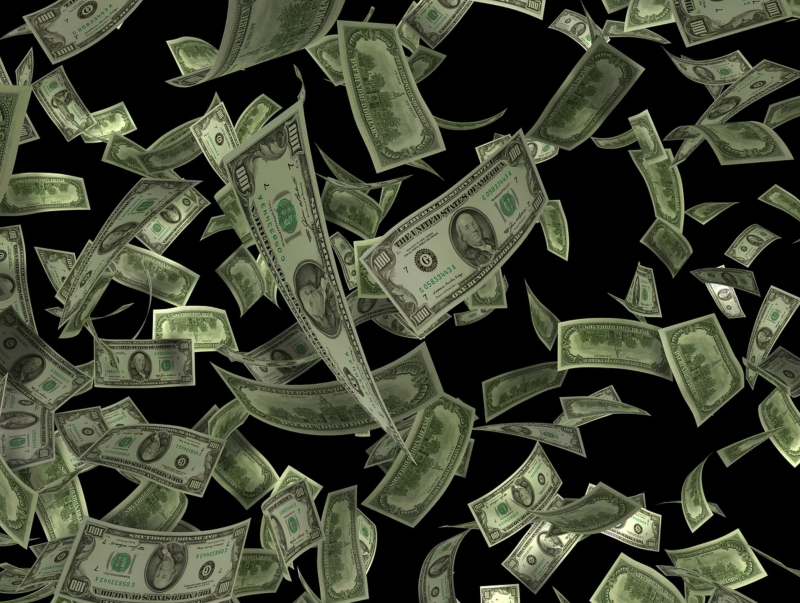 According to the Bureau of Economic Analysis, U.S. GDP declined to 20.93 trillion dollars in 2020.

So once our national debt crosses the 30 trillion dollar mark, our debt to GDP ratio will be surging toward 150 percent.

But most Americans are greatly in favor of the 1.9 trillion dollar COVID “relief bill” that is currently going through Congress, because it includes more direct “stimulus payments” to the American people.

Of course most of the money in the bill is not going directly to the American people.  In fact, one analysis found that direct payments only account for about 35 percent of all money allocated…

President Joe Biden has agreed to a compromise with moderate Democrats to narrow the income eligibility for the next round of $1,400 stimulus checks that are included in a bill the Senate is expected to take up this week, a Democratic source told CNN Wednesday.

That means 7 million fewer families will receive a partial payment than would have under the House version of the bill, according to an estimate from the Penn Wharton Budget Model. The new proposal will completely cut off those who earn more than $160,000 a year and individuals who earn more than $80,000 a year.

Much of the money in the “relief bill” is actually going to go to “pork projects” that are favored by prominent Democrats.  Here are just a few examples…

It looks like some of those “pork projects” won’t make it into the final version of the bill that gets signed by Biden, but there will still be billions upon billions of dollars of wasteful spending.

But what does a billion dollars matter anyway, right?

After all, a stack of a billion one dollar bills would only be about a half mile high…

If you were to stack $100 bills on top of each other, one million dollars would be around the three feet mark – about the height of a chair or a toddler.

And if you keep stacking the $100 bills, eventually past the peak of the world’s tallest building, going a little over half-a-mile into the air, this would be one billion dollars.

A trillion dollars is another matter.

In order to get to a trillion dollars, you would need a stack of one dollar bills that would go beyond the orbit of the International Space Station…

This would have you stacking $100 bills into the stratosphere and past the International Space Station. You would have to stack these bills 631 miles above Earth’s crust. That would equal one trillion dollars. Now imagine 28 stacks of 631 mile-high $100 bills.

We are trapped in an endless debt spiral that has accelerated greatly over the past couple of years.

The only way to keep the game going is to keep creating, borrowing and spending more money, and in the process we are literally wiping out the bright future that our children and our grandchildren were supposed to have.

I place economy among the first and most important virtues, and public debt as the greatest of dangers to be feared…. To preserve our independence, we must not let our rulers load us with perpetual debt…. We must make our choice between economy and liberty or profusion and servitude…. If we run into such debts, we must be taxed in our meat and drink, in our necessities and our comforts, in our labors and in our amusements…. If we can prevent the Government from wasting the labors of the people, under the pretense of caring for them, they will be happy.

But even though we were the wealthiest and most prosperous nation on the entire planet, we just couldn’t help ourselves.

We just had to keep spending money that belonged to our children and our grandchildren, and now we have accumulated the greatest mountain of debt in the history of humanity.

“The principle of spending money to be paid by posterity, under the name of funding, is but swindling futurity on a large scale.”

Since Barack Obama first entered the White House, we have been stealing more than 100 million dollars from future generations of Americans every single hour of every single day.

What we are doing to future generations of Americans is beyond criminal.

Of course if we stay on the path that we are currently on, there won’t be an America at all.

Can someone out there explain to me how this story can possibly end well?

I have been asking versions of that question for years, and nobody has ever risen to the challenge.

That is because it is obvious to everyone that our story is going to end tragically.

In our insatiable greed, we are systematically destroying the United States of America, and we should be utterly ashamed of ourselves.

6 thoughts on “Does Anyone Even Care That The U.S. National Debt Will Soon Cross The 30 Trillion Dollar Mark?”