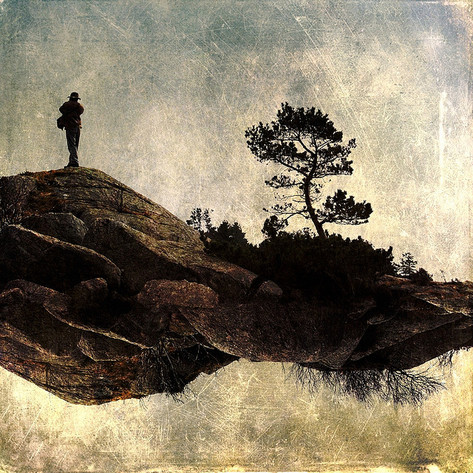 There was this great TV show on a couple of years ago called
“The Last Comic Standing” where comedians competed until only the best one was left.I wish it were still on, because in today’s world, I could use a good laugh every Thursday night.That show reminds me of where the dollar is right now. Only it’s no comedy show, but a tragedy waiting to happen.

The dollar is strong for now, the last man standing, that is, until the tide goes back out and you see who is naked.

And who will it be? The countries that have the highest debt, which includes the US.

Soon, the last man standing will be caught naked, and the rest of the world will see that, lose confidence, and quit investing in the dollar.

“Let’s look at the current financial system: The Ruble has fallen by 50% in a year. The price of oil has halved, the price of copper, iron ore and many other commodities has tumbled.

The Swiss franc has been de-floored and the uproar was huge. All random events, all part of a pattern. Financial markets are feeling the effects of a pick-up in volatility that has followed the end of Fed QE.

Soon, the last man standing will be caught naked, and the rest of the world will see that, lose confidence,
and quit investing in the dollar.

While zero rates were augmented with Fed bond-buying, investors went around the world in search of higher yields, in all sorts of assets and currencies. Traders and investors of one kind or another resorted to leverage to reach the yield targets they needed to match their required investment returns. All of which was fine while the party went on forever, but now that it’s ending, the outcome is anything but fine.

…and it’s only when volatility picks up that we can start to place markets on a scale between ‘fundamentally-driven trend’ and ‘bubble’.

The number of currencies with 10% moves of the last 12 months is now close to historical highs. The number of currencies collapsing by 40% is slowly growing higher as happened in previous waves of USD strength…the number of large FX (FOREX: The market in which currencies are traded)  moves may surprise once again to the upside in a world with a dearth of safe havens. The US Treasury market, the USD [US dollar]… are one of the few places left.” says Kit Juckes.