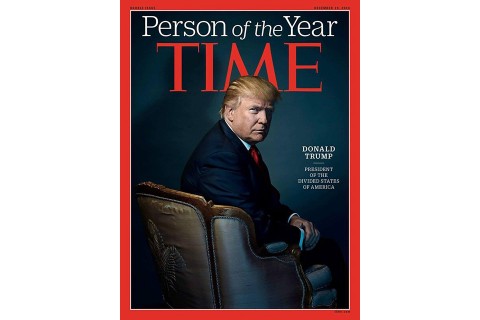 Time magazine named President-elect Donald Trump as its Person of the Year Wednesday, citing his long-shot election victory as the reason for the award.

“It’s a great honor. It means a lot,” Trump said in a telephone interview on NBC’s “Today” show.

The magazine’s managing editor, Nancy Gibbs, said that the choice of Trump this year was “straightforward.”