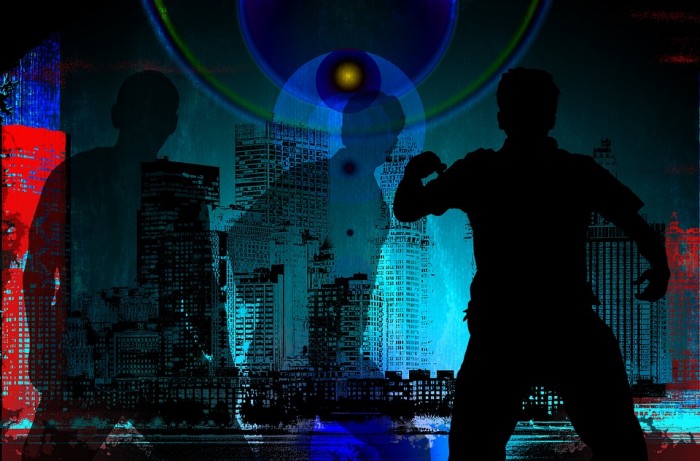 Chaos and violence threaten to spiral out of control in America’s third largest city, and nobody seems to have any idea how to solve the problem. After decades of control by the radical left, many parts of the “Windy City” have become rotting, decaying, gang-infested hellholes. Just like Detroit, the city of Chicago is rapidly becoming a joke to the rest of the world, but a horribly corrupt political culture likely stands in the way of any type of major reform any time soon. And just like much of the rest of the nation, a spirit of violence and civil unrest is rising in Chicago. So far this year, the number of shootings in Chicago is up 50 percent compared to the same time period last year, and that was before we even got to Memorial Day weekend. As of Sunday morning, at least 40 people had already been shot, and authorities were bracing for even more violence as the holiday weekend stretched on…

A string of nearly two dozen shootings on the West Side has pushed the number of people shot during the Memorial Day weekend to at least 40, with two more days to go.

As of early Sunday morning, the toll stood at four dead and 36 wounded across the city, including a 15-year-girl shot to death as she rode in a Jeep on Lake Shore Drive near Fullerton Avenue, police said.

The cries to fix what is wrong with Chicago are becoming increasingly desperate, but at this point the city is drowning in debt and is pretty much flat broke.

So the options for doing anything about this growing crisis are quite limited.

But that isn’t stopping prominent city leaders from speaking out. According to the New York Times, Rev. Corey Brooks believes that “we could be looking at a blood bath” this summer if nothing changes…

“If something doesn’t change, if we don’t get jobs for these kids, if we don’t change the economic situation, I’m worried that we could be looking at a blood bath,” said the Rev. Corey Brooks, a pastor on the city’s South Side, a mostly African-American area where some of the shootings have been concentrated. “If something doesn’t happen, I fear that we’re potentially looking at one of the worst summers we’ve ever had.”

As of Friday morning, homicides in Chicago were up 52 percent in 2016, compared with the same period a year ago, and shootings had increased by 50 percent, though the pace of violence had slowed in recent weeks, the police said.

I believe that Rev. Brooks is correct, but he isn’t identifying the core of the problem.

Thanks in large part to unchecked illegal immigration, gang membership has been surging in Chicago. Back in 2012, the Chicago Crime Commission estimated that there were 150,000 gang members living in the city, but of course by now that number is likely far higher.

No city in the United States has a higher population of gang members than Chicago does, and hundreds of factions are constantly battling for turf. The police in Chicago insist that they have the situation under control, but everyone can see that they do not.

And how could they? There are only 13,318 law enforcement officers of all types in the city of Chicago. They are outnumbered by the gangs by much more than a 10 to 1 margin. There is no way in the world that they are ever going to be able to stop the gang violence. All they can do is hope to contain it.

Sadly, they are fighting a losing battle, because with each passing month thousands more gang members cross our southern border illegally and head directly for our major cities where they are warmly received by their gang brothers.

Perhaps this helps to explain why 3,000 millionaires left the city of Chicago last year.

Do you want to know somewhere else that has been controlled by the radical left for decades and that is now seeing chaos and violence spin out of control?

In Venezuela, we get to see what it looks like when an entire country starts to shut down. The following comes from the New York Times…

The courts? Closed most days. The bureau to start a business? Same thing. The public defender’s office? That’s been converted into a food bank for government employees.

Step by step, Venezuela has been shutting down.

This country has long been accustomed to painful shortages, even of basic foods. But Venezuela keeps drifting further into uncharted territory.

At this point, more than 80 percent of all basic consumer products are in short supply, and some people have become so desperate that they are actually hunting cats and dogs for food. My wife and I had a lot more to say about the rapidly deteriorating situation down in Venezuela during a recent episode of our new television show. It is so important to watch what is going on down there right now, because eventually the same things will be happening here in America too.

When society breaks down, people become very desperate, and crime spirals out of control. The mafia and the gangs are having a field day at the moment, and the police are so overwhelmed that they can’t do much to stop them.

And if you need medical treatment down in Venezuela right now, you might as well forget it…

The Luis Razetti Hospital in the portal city of Barcelona looks like a war zone.

Patients can be seen balancing themselves on half-broken beds with days-old blood on their bodies.

They’re the lucky ones; most are curled up on the floor, blood streaming, limbs blackening.

Children lie among dirty cardboard boxes in the hallways without food, water or medication.

Without electricity or functioning machines, medics have had to create their own solutions. Two men who had surgery on their legs have their limbs elevated by makeshift slings made out of water bottles.

Most Americans would scoff at the suggestion that we could ever see scenes like that in the United States, but just a few years ago most Venezuelans would have probably said the exact same thing.

For so long, watchmen all over America have been endlessly warning people to get prepared.

But at some point, time runs out.

In fact, down in Venezuela time has already run out. Store shelves all over the country are empty, there are chronic shortages of basic supplies, some people are hunting dogs and cats for food, and there has been an almost total breakdown of public services.

I wish that I could say that these kinds of conditions are only going to be limited to Venezuela. But I cannot say that. Great suffering is going to eventually spread all over the world, and that is going to include our own nation.

I hope that you are using this short period of relative stability wisely, because it will be gone way too soon.