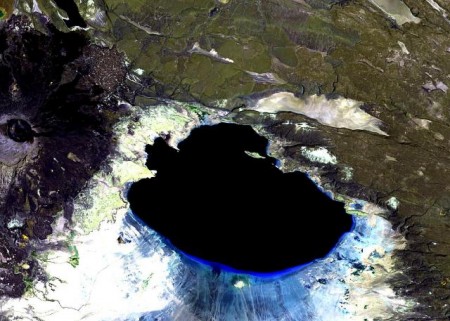 New Scientist interviewed French photographer Olivier Grunewald, who captures striking images of nature like the Dallol volcano, located in the Danakil Depression of Ethiopia’s Afar region. Grunewald’s work uses no filters or digital enhancement, and the results are stunning. To capture the Ethiopian volcano, Grunewald waited until after dusk, when the blue flames were more visible against the night sky.

Wondering where the blue effect comes from? The Dallol volcano’s lava is still red, like other volcanoes — the blue color appears when the flames mix with deadly sulphuric gases. Grunewald must wear a gas mask while working, but he says it’s worth the risk to experience nature’s wonders. “The phenomenon is so uncommon,” he told New Scientist. “We really feel like we are on another planet.”