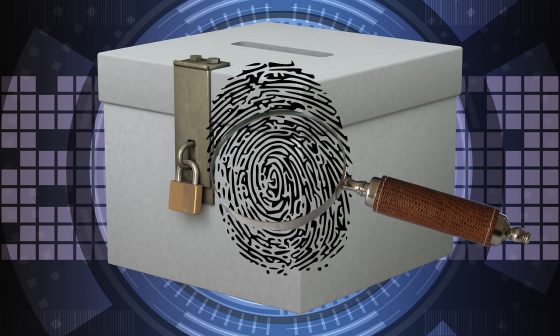 The integrity of our elections is of paramount importance, because if our ability to choose our own leaders is compromised that undermines everything that our system of government is based upon.  So every American should be hyper-sensitive to any allegation that our votes are being tampered with, because any attack on the voting process is an attack on all of us.  This is one issue that should be able to unite Republicans and Democrats, and hopefully people across the political spectrum will report anything suspicious that they notice over the coming weeks.  And as I become aware of troubling incidents, I will share them with my readers, because the integrity of our elections is definitely one of my hot button issues.

According to a letter from U.S. Attorney Freed to the county elections director, the inquiry into Luzerne County’s ballot handling began Monday, and found that nine military ballots had been “improperly opened” by elections staff and “discarded.”

He wrote that “the majority” of the recovered ballots and envelopes were found in an outside dumpster — seven of the nine ballots outside their official envelopes, and two that elections staff had apparently recovered and sealed back in their envelopes. He said investigators also found four “apparently official” absentee ballot envelopes that were empty.

It appears that someone wanted to get rid of those votes permanently.  After all, you certainly don’t put votes in a dumpster for safekeeping.

Members of the U.S. military sacrifice so much to defend our nation, and so any tampering with their votes is especially grievous.

According to law enforcement authorities working on the case, seven of the votes “were cast for presidential candidate Donald Trump”, and the other two votes are unknown because they had been resealed.

Since Monday, FBI personnel working together with the Pennsylvania State Police have conducted numerous interviews and recovered and reviewed certain physical evidence.  Election officials in Luzerne County have been cooperative. At this point we can confirm that a small number of military ballots were discarded.   Investigators have recovered nine ballots at this time.  Some of those ballots can be attributed to specific voters and some cannot.  Of the nine ballots that were discarded and then recovered, 7 were cast for presidential candidate Donald Trump. Two of the discarded ballots had been resealed inside their appropriate envelopes by Luzerne elections staff prior to recovery by the FBI and the contents of those 2 ballots are unknown.

It is extremely suspicious that all of the votes that had been “discarded” were for only one candidate.

Hopefully federal authorities will nail whoever was responsible for this, because throwing actual votes in the trash is a major offense.

And considering the fact that Pennsylvania is such an important swing state, those votes could actually help to determine who becomes the next president of the United States.

Speaking of swing states, discarded ballots have also been found in Wisconsin.

In fact, officials say that three trays of mail that included absentee ballots were recently discovered sitting in a ditch…

The U.S. Postal Service is investigating how three trays of mail, including absentee ballots, ended up in a ditch line in Wisconsin, a swing state whose voters could prove crucial in the upcoming elections.

The Outagamie County Sheriff’s Office said the mail was found around 8 a.m. Monday morning near the intersection of highways 96 and CB, near the Appleton International Airport.

How in the world do ballots just happen to end up in a ditch?

This is just one of the reasons why I very much prefer the way that we used to do things.  When we require the vast majority of the population to vote in person, there is much less of a chance that votes will end up in a ditch or in a dumpster.

Unfortunately, times have changed, and in some states an extremely high percentage of voters will cast their votes by mail in this election.

In Wisconsin, the percentage of absentee votes used to be in the single digits, but thanks to the pandemic that we are currently experiencing things have dramatically changed…

Prior to the pandemic, just 6% of Wisconsin voters cast absentee ballots by mail – however during the state’s April primaries, that number jumped to 60%, when 1.1 million out of 1.55 million votes were conducted through the postal service. During the August partisan primary, Wolfe said that 82% of the 867,000 votes cast were via absentee ballot.

During said primaries, thousands of voters across the state complained that they never received the absentee ballots they requested. In one case, a Milwaukee postal worker said that three bins of absentee ballots had never been delivered.

Overall, tens of millions of Americans will vote by mail in 2020, and that makes me very nervous.

There are just so many opportunities for things to go wrong, and that would be true even if everyone was trying to do the right thing.

Sadly, there are always people that try to cheat, and four of them were just arrested by authorities in Texas…

Those four individuals could be going away for a very long time, because collectively they are facing a total of 134 felony charges…

“To increase the pool of ballots needed to swing the race in Brown’s favor, the group targeted young, able-bodied voters to cast ballots by mail by fraudulently claiming the voters were ‘disabled,’ in most cases without the voters’ knowledge or consent,” Paxton’s office alleged.

Incidents of vote tampering and election fraud really do happen, and we should be very thankful when authorities are able to catch those that are responsible.

Those that follow my work regularly already know how deeply concerned I am about the future of our nation.  Decades of exceedingly foolish decisions are catching up with us in a major way, and yet we just continue to steamroll toward oblivion.

But even though I am absolutely disgusted by so many of our “politicians”, I very much want the American people to be completely free to pick whoever they want each and every election.

Without free and fair elections, there is no way that our Republic would be able to work.  So let us be extremely diligent in guarding the integrity of our votes, because if we lose that we lose any hope of ever turning things around politically.