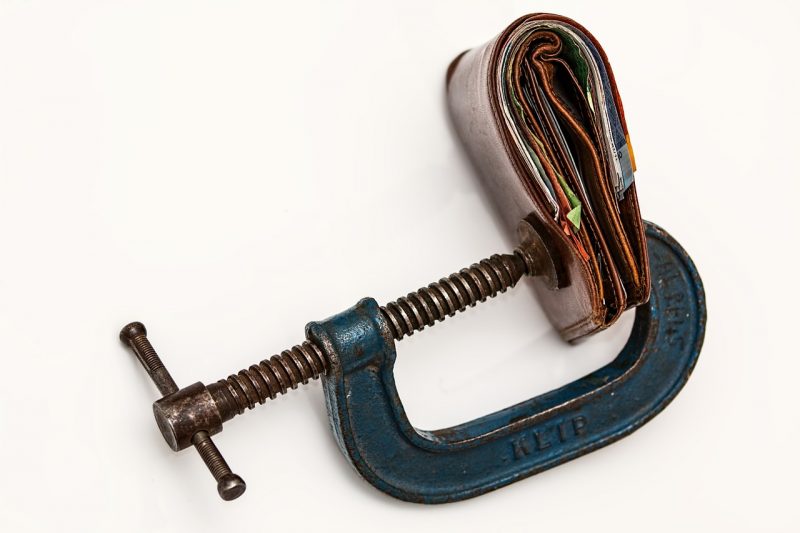 One of the big reasons why so many Americans are angry about the size of the “stimulus payments” in the COVID relief bill that Congress just passed is because this year has truly been a “financial disaster” for millions upon millions of people.  More Americans than ever before are just barely scraping by from month to month, and $600 is just not going to go very far.  In 2020, small businesses have been getting slaughtered by the thousands, millions of Americans are in imminent danger of being evicted from their homes, and more than 70 million new claims for unemployment benefits have been filed since the COVID pandemic first started.  The U.S. has plunged into a brutal economic depression, and most of the country is desperately hoping that the federal government will do more to bail them out.

We are already 27.5 trillion dollars in debt, and all of this reckless spending is putting us on a highway to hyperinflation.

But most Americans don’t really care that we are literally destroying our national finances.  Most people are in desperate need of money, and the vast majority of them want checks from the government as soon as possible.

A OnePoll survey that was just released asked Americans about the current state of their finances, and that survey discovered that a whopping 55 percent of us consider this year to be “a personal financial disaster”…

While there is no question 2020 has been an unparalleled health challenge, many are not losing sight of how devastating the year was for their wallets as well. A new survey finds over half of Americans (55%) consider 2020 a personal financial disaster.

That is over half the country!

And for those that are employed, that same survey found that 62 percent are planning to take on a second job in 2021 in an attempt to make ends meet…

Among employed respondents (59% in total), seven in 10 say they need a raise at their job in order to make ends meet. Sixty-two percent plan on taking on a second job in 2021 to meet their financial goals next year.

That number can’t possibly be correct, can it?

Of course there aren’t that many jobs to go around.  Already, there are millions upon millions of Americans that can’t find a “first job”.  As I discussed the other day, we have got unemployed workers sleeping in lawn chairs or sleeping in their own vehicles because that is all they can afford at this point.

We haven’t seen anything like this since the Great Depression of the 1930s, and this latest wave of lockdowns is making things even worse.

With so many Americans financially hurting, it shouldn’t be a surprise that millions of households are getting behind on their rent and mortgage payments…

One-in-seven renters with family incomes from $35,000 to $100,000 were not current on their rent in November. The overwhelming majority of these renters – 79.9% — expected to face eviction within two months. Similarly, 9.6% of homeowners with a mortgage were not current on their mortgage in November. And 56.1% of those homeowners expected they will be foreclosed on in the subsequent two months.

Congress keeps extending moratoriums on rent and mortgage payments, and that has been financially devastating landlords and mortgage holders.

At some point the moratoriums must end, and when that happens we are going to see a tsunami of evictions that will be absolutely unprecedented in U.S. history.

Meanwhile, many Americans are going very deep into debt in a desperate attempt to keep themselves afloat financially…

More than one-third of households with incomes between $35,000 and $100,000 borrowed from credit cards, other loans as well as from friends and family to pay for their current expenses in November. Soon, debt payments will come due, burdening families that still suffer from long-term unemployment and added health care costs. This could mean rising credit default rates as well as spillovers of economic pain to other households, from who people borrowed to pay their bills.

If economic conditions were to “return to normal” in 2021, most Americans would be able to weather this financial storm just like they did in 2008 and 2009.

But things are not going to return to normal next year.

Instead, this new wave of lockdowns is going to cause thousands of more businesses to close and will force millions more Americans on to the unemployment rolls.

What we are doing to our small businesses is absolutely criminal.  At this point, small business revenues are down more than 32 percent nationwide since the month of January…

Every day, more small businesses are closing up shop permanently.

Millions of hopes and dreams have been brutally crushed, and there is nothing that our politicians can say or do that will bring those businesses back to life.

If you have lost a business or a job this year, then that would definitely qualify as one of the “personal financial disasters” of 2020.

And as you have seen in this article, you are far from alone.

Most of the nation is deeply hurting, and the road ahead is only going to get more challenging.

In the short-term, “stimulus payments” from the federal government will definitely help tens of millions of suffering Americans.

But of course every additional dollar that our government borrows and spends just makes our long-term problems even worse.

A national economic meltdown has begun, and our politicians will try lots of things to mitigate the damage, but all of their “solutions” will only help temporarily.

This is going to be an exceedingly dark chapter for America, but most Americans still do not understand the true nature of the crisis that is now unfolding all around us.