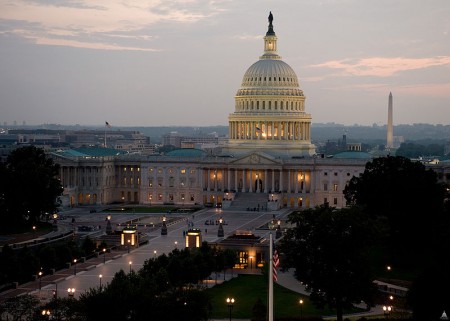 Wealthy members of Congress are living the high life at taxpayer expense, while most of the rest of the country continues to suffer through one of the worst economic periods in our lifetimes.  According to an analysis conducted by the Center for Responsive Politics earlier this year, more than half of the members of Congress are millionaires.  This is the first time that this has ever happened in U.S. history.  In addition, the same study found that a hundred members of Congress are actually worth at least five million dollars.  We have a government of the wealthy, by the wealthy and for the wealthy, but as you will see below, that isn’t stopping members of Congress from wasting taxpayer money in some incredibly bizarre ways.  Millions of dollars are being spent on “office expenses” and on the hair care needs of Senators, but very little is being done to stop this abuse.  It is almost as if the American people have just accepted that this is how “big government” is supposed to operate.

No matter what your political affiliation is, it should bother you that we are overwhelmingly being represented by the very wealthy.  We are supposed to be a government “of the people”, but instead Congress is rapidly becoming a millionaire’s club…

For the first time in history, most members of Congress are millionaires, according to a new analysis of personal financial disclosure data by the Center for Responsive Politics.

Of 534 current members of Congress, at least 268 had an average net worth of $1 million or more in 2012, according to disclosures filed last year by all members of Congress and candidates. The median net worth for the 530 current lawmakers who were in Congress as of the May filing deadline was $1,008,767 — an increase from the previous year when it was $966,000.

And this is true on both sides of the aisle.  In fact, when you break the numbers down by political party, they come out almost exactly the same…

Of course wealthy people should not be prevented from serving in Congress.

All Americans should have that opportunity.

But when it gets to the point that only wealthy people are being elected, then we have a major problem on our hands.

Yes, a million dollars does not go as far as it used to.  But it still puts you in the upper stratosphere of American society.

And these days, there are nearly 200 members of Congress that are multimillionaires…

Shouldn’t we actually want to have some representatives that come from “blue collar” backgrounds?