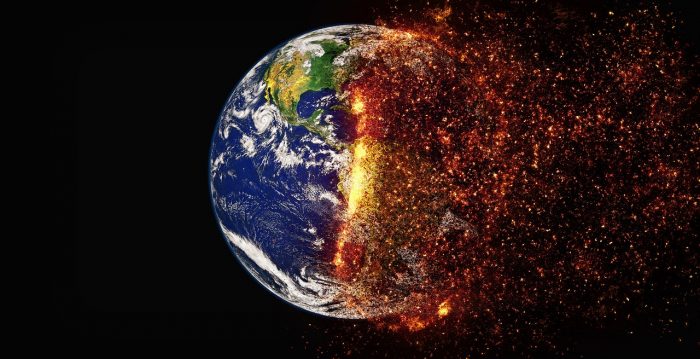 Major seismic activity has erupted along the most dangerous fault line on the entire west coast. As I explained just a few days ago, the Cascadia Subduction Zone is capable of producing the worst natural disaster that the U.S. has ever seen by a very wide margin, and scientists assure us that someday such an event will happen. And when it does, FEMA has already told us that they expect everything west of Interstate 5 “to be toast”. So that is why what we have witnessed over the last 24 hours is so alarming. According to the CBC, three major earthquakes just struck in the vicinity of the Cascadia Subduction Zone…

The first struck just before 11 p.m. PT Sunday, around 190 km southwest of Port Hardy, a town on the northeast end of Vancouver Island.

The first quake, reported as a magnitude 6.5, was followed by another, with a magnitude of 6.8, around 40 minutes later.

The third quake was reported at magnitude 6.5 just before midnight, near the same area as the previous two.

And the shaking didn’t stop there.

Following those three quakes, we have also seen earthquakes of magnitudes 4.9, 4.3, 4.4 and 5.2 hit the exact same area.

Could these be foreshocks of an even larger event that is still to come?

The Cascadia Subduction Zone stretches from northern California all the way up to Vancouver Island, and one expert is telling us that if one of those earthquakes had hit closer to shore, “there would have been devastating consequences”…

Most of the quakes happen near the Cascadia subduction zone, an area where the Juan de Fuca and North American tectonic plates converge, stretching from Vancouver Island to northern California.

“If any one of these quakes had hit closer to land, there would have been devastating consequences,” said Wagstaffe about the Sunday-Monday quakes.

“Three large ones in a row does seem unusual, and I’m sure scientists will be learning as much as they can over the next couple of days about the change in stresses just off our coast.”

Meanwhile, other areas that sit along the Ring of Fire are also experiencing unusual shaking right now.

In fact, Fukushima was just rattled by a magnitude 5.0 quake…

JAPAN has been struck by an earthquake with a 5.0 magnitude off the east coast of the country, close to Fukushima.

There has been an increase in seismic activity in the last 24 hours along the Ring of Fire – the Pacific plate which sees the most earthquakes and most active volcanoes.

Our planet is becoming increasingly unstable, but most Americans are not going to start paying attention until it affects them personally.

Unfortunately, that day may come a lot sooner than most are expecting.

To conclude, I would like to share with you what I wrote about the potential for a devastating Cascadia Subduction Zone earthquake just last week…