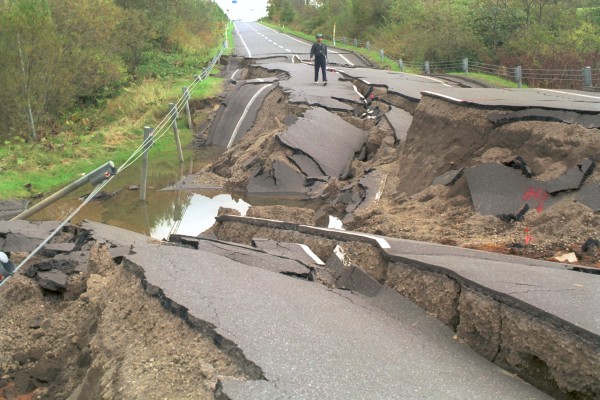 The Hollywood Fault has gotten a lot of attention lately from opponents of developments in its vicinity, but we can’t forget that Hollywood’s not the only fault in town. Researchers at UC Santa Barbara have just discovered something super fascinating about one lower-profile (but very important) fault: the Newport-Inglewood Fault, which runs along the Westside through the LA basin and was responsible for the 6.4 Long Beach earthquake in 1933. The new findings suggest the fault might be way deeper than previously thought and that it may be the ancient collision site of the Pacific and North American tectonic plates, says the UC Santa Barbara Current, the university’s official news site.

The revelation comes from UCSB geologist Jim Boles, who took samples from 24 oil wells along a 30-mile section of the fault (it runs from Costa Mesa to Culver City, traveling through Inglewood, Gardena, Compton, Signal Hill, Long Beach, Seal Beach, and Huntington Beach, and is marked by a string of low hills). Over a third of the samples indicated high levels of “primordial” helium-3, a remnant of the Big Bang whose only source on Earth is in the mantle, which lies under the Earth’s crust. (Scientists also analyzed the carbon dioxide in the samples, and found it too was from the mantle.) If that leaked helium-3 is coming from the mantle, it suggests that the Newport-Inglewood Fault is a lot deeper than scientists thought and is in fact “directly or indirectly connected with the mantle.” That’s especially incredible because the fault “maintains a significant pathway through the crust,” as Boles puts it; that is, it appears to cut all the way from the mantle (or close to it) up to the surface of the Earth where we can see it in those hills.