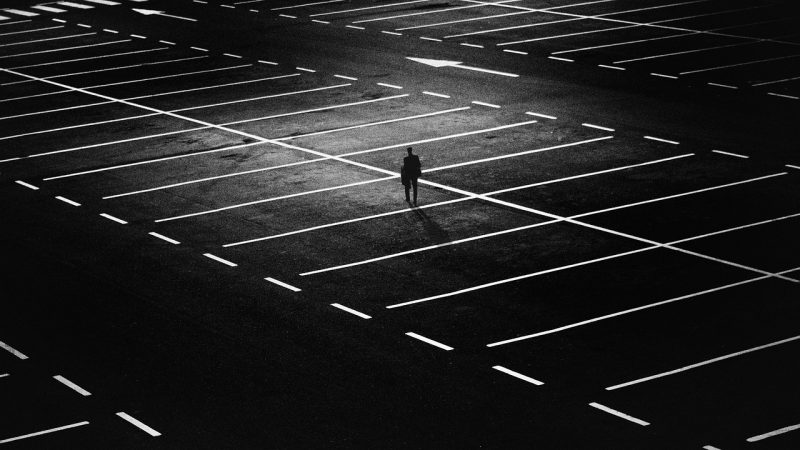 We continue to get more evidence that the U.S. economy is really slowing down.  As you will see below, the amount of stuff that we are ordering from manufacturers in China is plunging dramatically.  I have never seen a dip of this magnitude before, and I think that it is a really bad sign for 2023.  Based on all of the economic numbers that have been released in recent weeks, I anticipate that economic conditions in 2023 and beyond will be worse than anything that we have experienced since the Great Recession.  So I would encourage you to enjoy the next few weeks while you still can, because once 2023 arrives we will want to brace ourselves for an extremely harsh economic environment.

Normally, U.S. consumers have an insatiable appetite for cheap plastic goods from China.

But now something has changed.

According to CNBC, manufacturing orders from China have fallen by a whopping 40 percent, and as a result many Chinese factories will be closing much earlier in January than usual…

U.S. manufacturing orders in China are down 40 percent, according to the latest CNBC Supply Chain Heat Map data. As a result of the decrease in orders, Worldwide Logistics tells CNBC it is expecting Chinese factories to shut down two weeks earlier than usual for the Chinese Lunar New Year — Chinese New Year’s Eve falls on Jan. 21 next year. The seven days after the holiday are considered a national holiday.

“Many of the manufacturers will be closed in early January for the holiday, which is much earlier than last year,” Monaghan said.

As with so many other numbers that we have been getting lately, there is no way to possibly spin this to make it look good.

What we are facing is truly “a collapse in demand”, and as a result container freight rates are absolutely plummeting…

Carriers have been executing on an active capacity management strategy by announcing more blank sailings and suspending services to balance supply with demand. “The unrelenting decline in container freight rates from Asia, caused by a collapse in demand, is compelling ocean carriers to blank more sailings than ever before as vessel utilization hits new lows,” said Joe Monaghan, CEO of Worldwide Logistics Group.

The bottom line is that U.S. consumers are simply not buying as much stuff as retailers originally anticipated.

And survey after survey has shown that Americans plan to spend less during the holiday season this year.  Here is just one recent example…

Inflation is weighing heavily on the holidays this year.

Roughly half of shoppers will buy fewer things due to higher prices, and more than one-third said they will rely on coupons to cut down on the cost, according to a recent survey of more than 1,000 adults by RetailMeNot.

Of course consumers over in western Europe are suffering right now as well.

In fact, economic conditions are deteriorating even faster over there.

If you can believe it, one recent survey found that approximately two-thirds of all adults in the UK “are worried that they will not be able to afford Christmas dinner”…

Two-thirds of adults are worried that they will not be able to afford Christmas dinner, according to a survey.

The survey, commissioned by the Salvation Army, calculated the cost of Christmas dinner at £7.50 per head but – as the price of food is continuing to rise – the cost has increased since the survey was carried out on 22 October.

All over the western world, we are facing an unprecedented cost of living crisis.

Inflation has been rising much faster than our paychecks have, and that is causing a tremendous amount of financial pain.

Meanwhile, a lot of people have seen the value of their investments go down substantially over the past 12 months.

I really feel badly for those that were heavily invested in crypto.  There are many tokens that have “lost more than 70% of their value”, and the collapse of FTX has raised questions “about whether crypto has a future”…

Already reeling from the so-called crypto winter, investors were dealt a major blow with the high-profile collapse of Sam Bankman-Fried’s FTX exchange in early November, which sent Bitcoin tumbling. To top it off, BlackRock Chief Executive Larry Fink said this week that he expects most crypto companies will fold after FTX’s demise. A Schwab index tracking crypto-linked stocks is coming off its worst month since June, and is down 63% this year.

“Questions about whether crypto has a future have become prevalent after a year during which many tokens lost more than 70% of their value and the collapse of FTX has exacerbated a crisis of confidence that had started in the spring,” said Mark Palmer, an analyst at BTIG LLC.

At the same time, home values have been falling and falling.

As I have covered in previous articles, U.S. homeowners lost a record high 1.3 trillion dollars in home equity during the third quarter alone.

But at least the latest employment number that the government gave us was good, right?

Actually, it wasn’t so good.  It turns out that the Household and Establishment surveys are telling two completely different stories.  Zero Hedge has posted an absolutely outstanding article that breaks this down in great detail…

Recall that back in August, September, and October we showed that a stark divergence had opened between the Household and Establishment surveys that comprise the monthly jobs report, and since March the former has been stagnant while the latter has been rising every single month. In addition to that, full-time jobs were plunging while part-time jobs were surging and the number of multiple-jobholders soared.

Fast forward to today when the inconsistencies not only continue to grow, but have become  downright grotesque.

I would encourage you to read the entire article.  Since March, the gap between the Household and Establishment surveys has ballooned to nearly 2.7 million workers, and some are suggesting that this is being done for political purposes…

What is even more perplexing, is that despite the continued rise in nonfarm payrolls, the Household survey continues to telegraph growing weakness, and as of Nov 30, the gap that opened in March has since grown to a whopping 2.7 million “workers” which may or may not exist anywhere besides the spreadsheet model of some BLS (or is that BLM) political activist.

Of course the truth is that the employment market is not in good shape.

A tsunami of layoffs has begun, and I expect to see a whole lot more in the months ahead.

So it is quite likely that this will be a really gloomy month, but I expect that 2023 will be even gloomier.