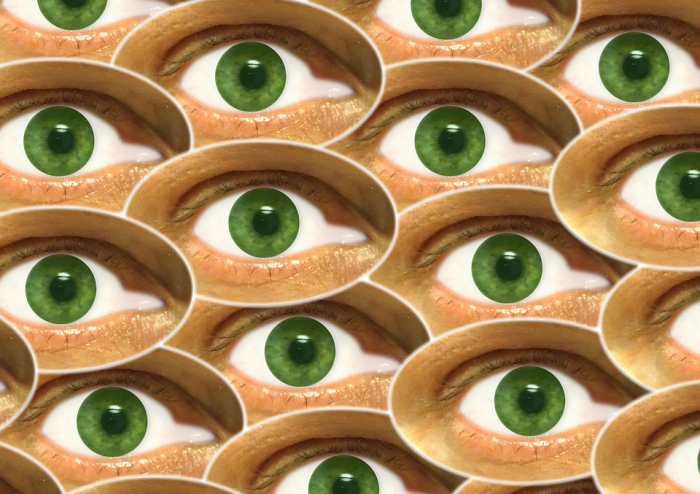 Do you know what your “threat score” is?  Today, more than 90 percent of all local police departments and nearly all government agencies employ some sort of technological surveillance.  One of the most common applications is called “Beware”, and it scans billions of “arrest reports, property records, commercial databases, deep Web searches” and social media postings to give authorities an idea of who they are dealing with.  So the next time that police pull up in front of your home, it is likely that what you have posted on Facebook will be searched.  If you have said things that could be construed as “anti-government” or “anti-police”, there is a very good chance that you will have a very high “threat score” and you will be on “the red list”.

I understand that this sounds like something that comes directly out of a science fiction movie, but I assure you that it is very real.  In fact, the Washington Post reported on this just the other day…

While officers raced to a recent 911 call about a man threatening his ex-girlfriend, a police operator in headquarters consulted software that scored the suspect’s potential for violence the way a bank might run a credit report.

“Beware” was created by a corporation known as “Intrado”, and police departments around the nation began using it back in 2012.  When police officers using this software roll up to your home, they will instantly know which residents are on the “green list”, which are on the “yellow list”, and which are on the “red list”.  Here is more from the Washington Post…

As officers respond to calls, Beware automatically runs the address. The searches return the names of residents and scans them against a range of publicly available data to generate a color-coded threat level for each person or address: green, yellow or red.

Exactly how Beware calculates threat scores is something that its maker, Intrado, considers a trade secret, so it is unclear how much weight is given to a misdemeanor, felony or threatening comment on Facebook. However, the program flags issues and provides a report to the user.

In promotional materials, Intrado writes that Beware could reveal that the resident of a particular address was a war veteran suffering from post-traumatic stress disorder, had criminal convictions for assault and had posted worrisome messages about his battle experiences on social media.

Everything that you have ever done on the Internet could potentially be used to calculate your “threat score”.  So if you made some ill-advised comments on Facebook or in an Internet forum five years ago, there is still probably a record of that somewhere, and “Beware” will probably find it.

The next time you get pulled over or a police officer comes to your home, things that you may have completely forgotten that you ever said may come back to haunt you.  With that in mind, I would like you to read the following excerpt from an article by Matt Agorist…

Imagine the following scenario: You are on your way home from work, driving down the road when you notice police lights in your rearview mirror. You are being pulled over.

As you sit there, on the shoulder, adrenaline rushing, simultaneously angry and nervous, the police officer, in his patrol car behind you, is sizing you up based on an algorithm that determines your “threat rating.”

The officer enters your license plate into a mobile application on his laptop. In a matter of seconds, this application crawls over billions of records in commercial and public databases, including all available social media engagement, recent purchases and “any comments that could be construed as offensive.” The application then determines if your “threat rating” is green, yellow, or red.

We live in a society that has become absolutely obsessed with surveillance.

A “Big Brother police state control grid” is being systematically constructed all around us, and we are being watched, tracked, monitored and controlled in hundreds of different ways.

So what can we do about this?

Is there any hope for change?

Well, John W. Whitehead of the Rutherford Institute believes that the key is grassroots activism and non-violent resistance…

As I make clear in my book Battlefield America: The War on the American People, there is only one feasible solution left to us short of fleeing the country for parts unknown: grassroots activism that strives to reform the government locally and trickles up.

Unfortunately, such a solution requires activism, engagement, vigilance, sacrifice, individualism, community-building, nullification and a communal willingness to reject the federal government’s handouts and, when needed, respond with what Martin Luther King Jr. referred to as “militant nonviolent resistance.”

That means forgoing Monday night football in order to actively voice your concerns at city council meetings, turning off the television and spending an hour reading your local newspaper (if you still have one that reports local news) from front to back, showing your displeasure by picketing in front of government offices, risking your reputation by speaking up and disagreeing with the majority when necessary, refusing to meekly accept whatever the government dictates, reminding government officials—including law enforcement—that they work for you, and working together with your neighbors to present a united front against an overreaching government.

Will we ever be able to get our privacy back, or has government surveillance become too entrenched?