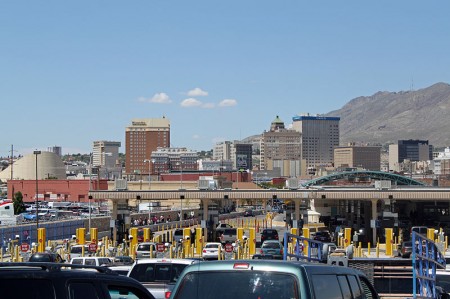 Islamic terrorist groups are operating in the Mexican border city of Ciudad Juarez and planning to attack the United States with car bombs or other vehicle born improvised explosive devices (VBIED). High-level federal law enforcement, intelligence and other sources have confirmed to Judicial Watch that a warning bulletin for an imminent terrorist attack on the border has been issued. Agents across a number of Homeland Security, Justice and Defense agencies have all been placed on alert and instructed to aggressively work all possible leads and sources concerning this imminent terrorist threat. Specifically, the government sources reveal that the militant group Islamic State of Iraq and Greater Syria (ISIS) is confirmed to now be operating in Juarez, a famously crime-infested narcotics hotbed situated across from El Paso, Texas. Violent crimes are so rampant in Juarez that the U.S. State Department has issued a number of travel warnings for anyone planning to go there. The last one was issued just a few days ago. Intelligence officials have picked up radio talk and chatter indicating that the terrorist groups are going to “carry out an attack on the border,” according to one JW source.  “It’s coming very soon,” according to another high-level source, who clearly identified the groups planning the plots as “ISIS and Al Qaeda.” An attack is so imminent that the commanding general at Ft. Bliss, the U.S. Army post in El Paso, is being briefed, JW’s sources say.

3 thoughts on “Government Sources: ISIS is now confirmed to now be operating in Juarez, Mexico”