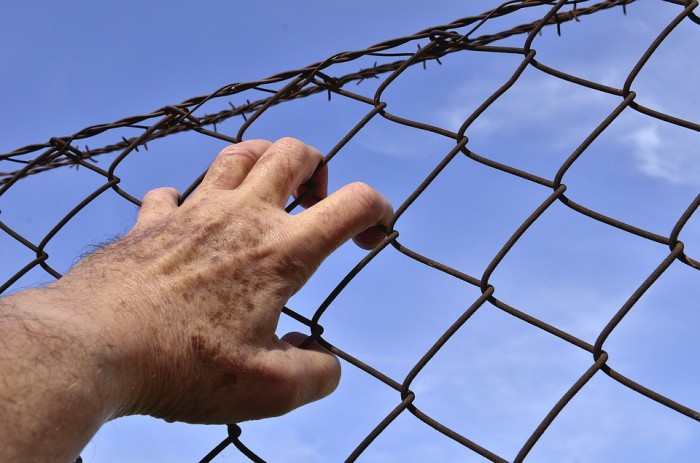 In our upside down world, evil has become good and good has become evil. Once upon a time, everyone in society generally knew what was “right” and what was “wrong” even if they didn’t always abide by the rules. But now the rules have been totally flipped on their head. If you choose to live a lifestyle that is morally wrong, you are celebrated by society, and if you choose to speak out against the sexual sin that is exploding everywhere around us then you are considered to be a “hater” and a “bigot”. In fact, governments all over the world are now passing “hate speech” laws that are making it a crime to speak out against sexual sin. With each passing year it gets even worse, and those pushing this agenda forward are never going to be satisfied until those standing up for Biblical truth are locked away in prison.

And I was not exaggerating when I said that sexual sin is “exploding” in our society. One example of this is the stunning growth of “polyamory”. The following comes from a recent article in the Guardian that highlighted how the city of Portland in particular has become a hotbed for those that are into the “poly lifestyle”…

Polyamory is the practice of intimate relationships involving more than two people with the consent of everyone involved. In recent years, polyamory is working its way to becoming a household term. Researchers have estimated that 4 to 5% of Americans practice some form of consensual non-monogamy. A 2014 blog post by Psychology Today revealed that 9.8 million people have agreed to allow satellite lovers in their relationships, which includes poly couples, swinging couples and others practicing sexual non-monogamy.

Another lifestyle choice that has been experiencing tremendous growth is bisexuality. According to the New York Post, one study of 30,000 U.S. adults found that the number of Americans that have dabbled on both sides of the fence has more than doubled since 1990…

Bisexuality is booming, with the number of people who bed men and women more than doubling, a study says.

And it isn’t just the world that is embracing these alternative lifestyles.

Representatives of the United Methodist Church have elected their first openly gay bishop, in defiance of church prohibitions on homosexuality.

“I think at this moment I have a glimpse of the realm of God,” 58-year-old Oliveto said after her election, according to a news story from the church. “Today we took a step closer to embody beloved community and while we may be moving there, we are not there yet. We are moving on to perfection.”

Of course a lot of Bible-believing Christians don’t like where things are headed, and they are speaking out about it. Unfortunately, this is becoming more difficult to do all over the world. National, state and local governments all over the planet are passing new “hate speech laws” that are extremely strict, and many of these new laws are specifically targeted at Christians.

So if you say the wrong thing at the wrong time in the wrong place, you could actually be hauled off to prison.

Just today, I came across an article that talked about how 60 homes in Germany were recently raided by police in a “hate speech” crackdown…

Writing a blog or venting in social media about a topic deemed to be “Hate Speech” will leave yourself getting raided by the police in Germany. According to a report from Breitbart, German Police recently raided homes of 60 people suspected of writing what is deemed ‘hate’ speech on social media in Germany. This effort was coordinated by the Federal Criminal Police (BKA),consisting officers from 25 departments search across 14 states.

These police raids took place in efforts to fight against “verbal radicalisation”, according to the German government. These type of procedures have increased in the wake of Europe’s migrant crisis. BKA President Holger Münch said attacks on migrant shelters were the result of “radicalisation” on social media.

You may not think that such a thing could happen in North America, but you would be wrong.

In Canada, a new “hate speech” bill has just been introduced that would hit anyone found guilty of “hate speech” against transgender individuals with up to two years in prison…

Canadian Prime Minister Justin Trudeau has announced a bill that would criminalize anti-transgender speech, with violators receiving up to two years in prison.

The new bill, introduced May 17 on the International Day Against Homophobia, Transphobia and Biphobia, aims to amend the Canadian Criminal Code to expand the country’s “hate speech” prohibitions to include any public speech or communication that “promotes hatred” on the basis of “gender identity” or “gender expression.” It would also change the Canadian Human Rights Act to cover transgender people.

In New York City, new rules that were recently issued by the New York City Commission on Human Rights state that you could be fined up to $250,000 for each time that you offend a transgender individual.

More laws, rules and regulations like this are going to continue to be put into place, and it will eventually get to the point where those that wish to speak out about sexual morality are essentially banned from doing so.

Of course this is precisely what the Bible told us to expect during the last days just before the return of Jesus Christ. In my new book entitled The Rapture Verdict, I talk about the growing darkness in society and the coming judgment on the United States of America. But I also emphasize that God has a plan, and that a great move of God is coming even in the midst of all the darkness.

All throughout history, the world has tried to crush the church, but it has never worked.

8 thoughts on “Governments To Christians: Don’t You Dare Speak Out Against The Sexual Sin In Society”