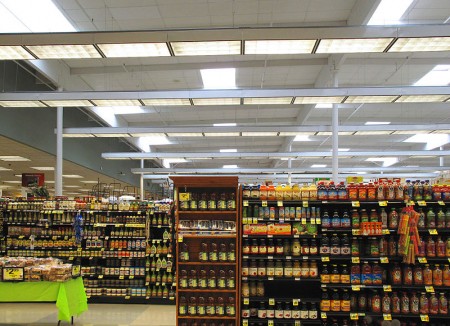 One out of three grocery workers in California is receiving some type of public assistance while one in five rations the food he or she helps sell, according to a new report that laments the industry’s diminishing standing as a source of stable, middle-class jobs.

For a study set to be published Monday, University of California researchers interviewed 925 people who work for supermarket chains, smaller ethnic markets or in the grocery sections of big box retailers such as Wal-Mart and Target, making it one of the largest surveys ever done of the state’s grocery industry workforce of 383,900.