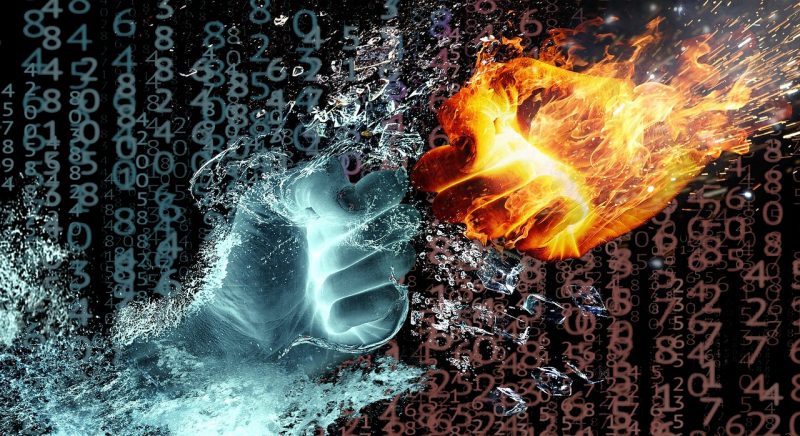 You would think that a plucky group of Internet rebels standing up to a bunch of notorious hedge funds and short sellers would be a story that even the mainstream media should be able to get right, but apparently that is not the case.  As you will see below, the corporate-controlled media is attempting to convince all of us that the hedge funds and the short sellers are actually “the good guys” and that the “Reddit army” that is taking them on is a bunch of dangerous insurrectionists that are a threat to the entire system.  Of course I suppose that it shouldn’t be a surprise that the corporate-controlled media is standing up for the establishment, because the establishment showers them with millions of advertising dollars.  But it really has been disgusting to watch them totally sell out like this.  If you listen to the mainstream media long enough, you would be tempted to believe that we now live in a “Bizarro World” in which everything that was once evil is now good and everything that was once good is now evil.

Just within the past few days, the New York Times has called the “Reddit army” a “rebellion”, Investing Daily has referred to it as an “insurrection”, and NBC News has used the word “insurgency” to describe it.

But first prize actually goes to the Washington Post.  They had the gall to run a story entitled “The good guys in the GameStop story? It’s the hedge funds and short sellers”…

The Gamestop speculators are not merely in a frenzy about one stock. Their goal is to destroy the traders who link stock prices to fair value. To suggest a political analogy, they are not just blindly devoted to their candidate; they deny the legitimacy of the opposition party. They are not just acting within the system; they want to overthrow the system. It’s as though — just imagine — a rabble gripped by conspiracy theories were to attack the rules of democracy itself. The name “Gamestop” is apt.

What is next?  Is the Post going to come out with a story about how Luke Skywalker was evil because he wanted to overthrow the established order that Darth Vader and the Emperor had instituted across the galaxy?

The official slogan of the Washington Post is “Democracy Dies In Darkness”, and that is quite ironic because they have totally gone over to the dark side.  In the same article that I just quoted above, the Post laughably asserted that “a market without short sellers” would be like “a political system without investigative journalists”…

What about short sellers? These are specialists who research stocks that might go down, sometimes because bosses are illegally covering up bad news about their companies. When short sellers identify a case of fraud or similar, they borrow and sell the stock, hoping to buy it back at a lower price later. Again, there is nothing evil about this. To the contrary, it’s a way of keeping prices honest. A market without short sellers is like a political system without investigative journalists.

Yes, let us take a moment of silence right now to acknowledge all of the wonderful contributions that short sellers have made to our society.

It really has been amazing to watch the lengths that some in the mainstream media will go to in an attempt to demonize the retail traders that have banded together to go after the short sellers.  On CNN’s website, Chris Cillizza did his best to try to turn the “woke mob” against the Reddit traders by linking them with Trump.  The following comes from his article entitled “How Trumpism explains the GameStop stock surge”…

The point is that there is no real point beyond showing up the pros — proving to them that they aren’t as smart as they think they are and that they don’t have the ability to control everything.

Which, again, has its roots in Trumpism. The entire notion of Trump’s candidacy and presidency was to stick it to the elites. And then, well, uh, there wasn’t really a plan beyond that. The screwjob was the point.

Others have gone even farther.  To me, it was extremely offensive when former SEC Commissioner Laura Unger compared the short squeeze on Wall Street to the rioting at the U.S. Capitol.

Of course whenever something happens that the establishment really doesn’t like, it is just a matter of time before they start blaming Russia.

The other night, Jimmy Kimmel suggested that “maybe even some Russian disrupters” were at least partially responsible for the chaos on Wall Street, and MarketWatch actually published an article entitled “The GameStop saga is a road map for the Kremlin and other enemies of America”.

Ever since the 2016 election, Russia has become the ultimate boogeyman.

If something major goes wrong, Russia has to be blamed for it somehow.

But that is a topic for another article.

If it wasn’t the Reddit army, it was probably going to be someone else.

What a year this has been already.

On the first Wednesday of 2021, there was a massive riot at the U.S. Capitol.

On the second Wednesday of 2021, President Trump was impeached by the House of Representatives.

On the third Wednesday of 2021, Joe Biden was inaugurated.

On the fourth Wednesday of 2021, the GameStop short squeeze made headlines all over the globe.

So will something historic happen this Wednesday?

We shall see, but without a doubt the chaos that we have witnessed so far is just the very start of our troubles.

And everywhere you look, our system is being greatly shaken.

Most Americans are sick and tired of the corruption and injustice that they see all around them, and they know that our “leaders” aren’t going to do anything about it.

People are increasingly taking matters into their own hands, and the Reddit army is thrilled that the hedge funds and the short sellers can finally feel their fury.

But fury is not going to fix our system.

At this point, nothing will.