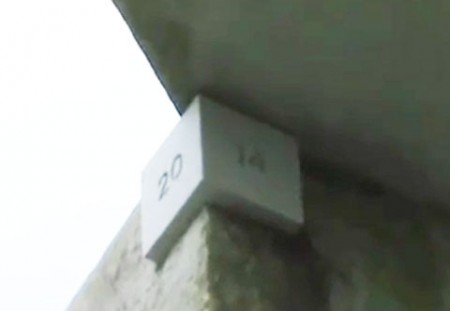 Some say that the mysterious granite structures in Elbert County, Georgia were put there by members of the sustainable development movement. Others say they’re guidelines for the what the elite members of society plan to do with the world in the near future. Wherever they came from, the Georgia Guidestones as they are called, have been the topic of much controversy and conspiracy theory over the last 35 years.

Originally built in 1979 by an unknown individual, the Guidestones outline ten principles, or guidelines, for how humanity is supposed to live and be governed on planet Earth.

For those who believe that the Guidestones may be a warning of globalization and a coming New World Order, the very first message may be the most controversial. “Maintain humanity under 500,000,000 in perpetual balance with nature,” it reads, leaving many wondering if the stones’ messages are merely suggestions, or perhaps something more sinister. The other guidelines don’t fair much better, with several calling for a centralized global governing body, a world court, and a unified social order.

That no one knows who built the stones or why is in and of itself a mystery for the ages. But now, according to reports from individuals who recently visited the Stones, they have been updated with a new message, perhaps even more cryptic than the stones themselves. Apparently, without much fanfare, a new corner stone has been added  and it depicts the number “2014.”