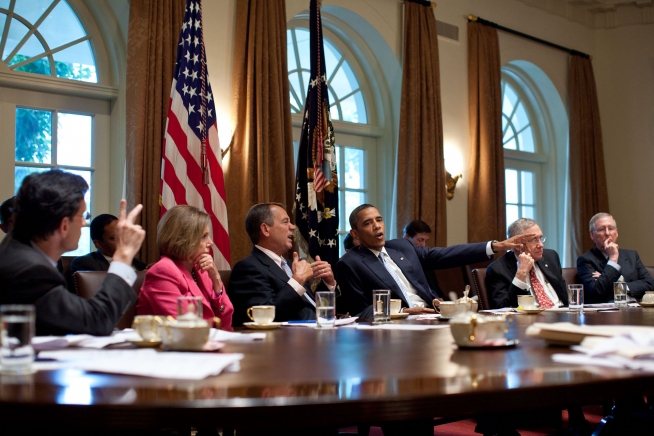 “That would be a big accomplishment if we could get a bill over here that would fund all the appropriations subcommittees except for one,” Reid told reporters on Tuesday, according to The Hill. “I think it’s kind of unfortunate that they’re talking about not doing Homeland Security, but that’s the way it is.”

On Tuesday morning, in a closed-door GOP conference meeting, Boehner pitched House Republicans on a plan to fund Obama’s amnesty in the upcoming spending bill battle. The government funding portion of the Boehner plan, parts of which originated from usually conservative Reps. Ted Yoho (R-FL) and Tom Price (R-GA), would keep most of the government open until September, 2015 but would only supply monies to the Department of Homeland Security until March.