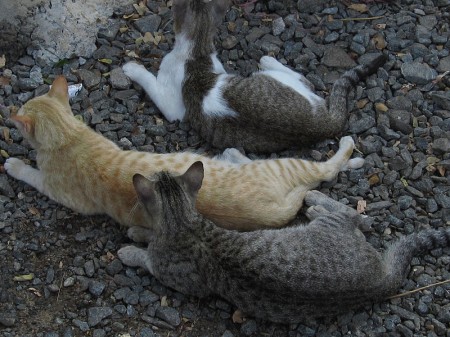 Santa Ana police made one grim discovery after another Wednesday as they moved among three homes owned by a woman who was found dead on her porch with a kitten in a carrier resting on her lap.

Cpt. Anthony Bertagna said possibly more than 40 stray cats were found meandering around one of the homes, which was hidden behind overgrown brush that also hid two cars.