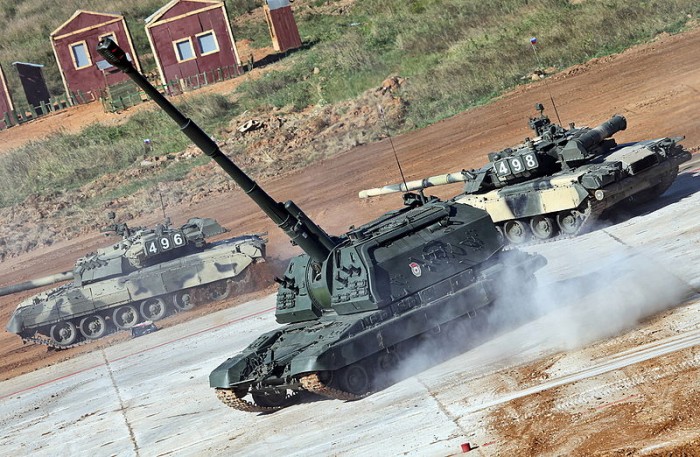 Despite the country’s economic crisis, Russia has been stepping up its military spending at a dramatic pace.

At the same time, a lot of NATO members have been paring back their budgets.

At the same time, Moscow’s relationship with Washington and Europe is in its worst state since before the collapse of the Berlin Wall.