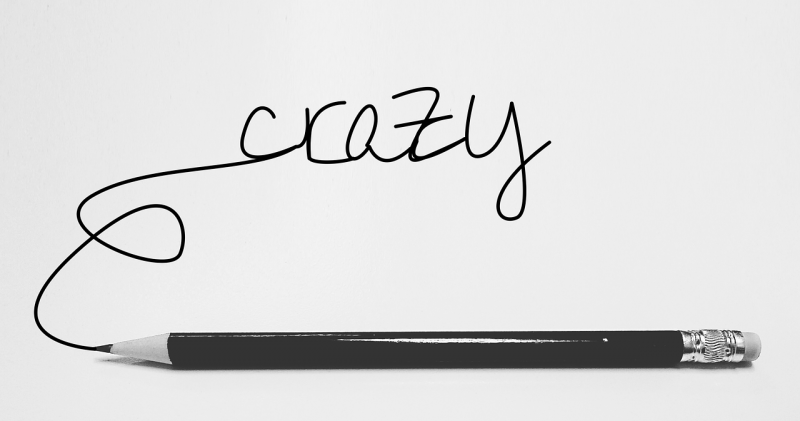 We haven’t had an extended bout of painful inflation like this since the days of the Carter administration, and our leaders in Washington have decided that the best way forward is to rapidly create even more inflation.  They keep using words like “transitory” to describe the current inflation crisis, but then they turn right around and talk about the need to create, borrow and spend even more money.  It is utter madness, but at this point there is nobody that is going to stop them.  We are all passengers on a “highway to Weimar”, and those that have their hands on the wheel have gone completely nuts.

On Wednesday, we learned that on a year-over-year basis inflation continues to rise at the fastest pace that we have seen since the last financial crisis…

Federal data released on Wednesday showed that for the 12 months through July, the consumer price index rose 5.4 percent, unchanged from June and at the highest level since the Great Recession in 2008.

John Williams of shadowstats.com has done just that.  According to Williams, if inflation was still calculated the same way it was back in 1990, we would be at about 9 percent at this moment.

And if inflation was still calculated the same way it was back in 1980, we would be way into double digits right now.

Many Americans had assumed that we would never again see the sort of crazy inflation that we witnessed during the Carter years, but now it is here.

New vehicle prices rose 6.4 percent on the year, the largest 12-month increase since the period ending January 1982. Gasoline was also up 42 percent.

The prices of many everyday items have jumped sharply in the past year. Bacon was up 11 percent and whole milk and beef roast were both 8 percent higher on the year.

Travel expenses jumped hugely from last summer’s depressed base level, with hotels up 24 percent and airfare up 19 percent.

Needless to say, this is having a substantial impact on our standard of living.

Even though wages are rising, they aren’t rising nearly as fast as the cost of living is…

It is getting harder and harder for American workers to make ends meet as rising inflation outpaces pay gains, pushing down inflation-adjusted compensation at a pace almost never seen before.

Adjusted for inflation, hourly compensation fell 2.7 percent in the second quarter, data released by the Bureau of Labor Statistics on the nonfarm business sector showed Tuesday.

Inflation is a tax on all of us, and it is going to whittle down the size of the middle class with each passing month.

And this is just the beginning.  In recent days, many corporate executives have been very vocal about the fact that more price hikes are ahead.

For example, Shake Shack has publicly announced that another round of price increases is incoming…

The popular burger chain Shake Shack announced it will be implementing yet another price hike in 2021 to fight inflation.

During a conference call with analysts last week, Shake Shack’s chief financial officer Katherine Fogerty said customers will be paying three to 3.5 percent more for their food in the fourth quarter of 2021.

Tyson Foods Inc., the top chicken producer in the U.S., confirmed in an earnings call that food inflation continues to push prices higher.

Tyson’s CEO Donnie King said higher costs are hitting the firm faster than the company can lift prices, and retail prices are set to rise on Sept. 5.

My friends, this is going to get bad.

So what are our leaders doing in response?

Well, they have decided to create, borrow and spend even more money.

The Senate on Tuesday passed a $1 trillion infrastructure package and sent it to the House for consideration. The upper chamber then started work on a second $3.5 trillion package of further government spending. President Joe Biden will have to knit his party together to pass the larger measure. Already moderates like Sen. Joe Manchin, a West Virginia Democrat, have voiced concern about the impact of the $3.5 trillion measure on the $29 trillion national debt.

They know that they are causing inflation, but they just can’t help themselves.

At this point, even a top Democrat is warning that there will be “grave consequences”…

Manchin, in a statement, said that although he voted to move ahead and debate the plan, he was worried about the “grave consequences” of such spending on the nation’s debt as well as the country’s ability to respond to other potential crises.

But even though some of our politicians may pay lip service to fiscal responsibility once in a while, in the end most of them just keep voting for these insane spending packages.

I often say that we should “hope for the best and prepare for the worst”, but in this case there is no hoping for the best.

We know what they are going to do, and we know where this road leads.

So my recommendation is to prepare for the worst, and then do some more preparing, because things will eventually get really, really bad.

This is the greatest financial bubble in the history of the world, and it will be fascinating to watch how long it can last before it finally implodes.