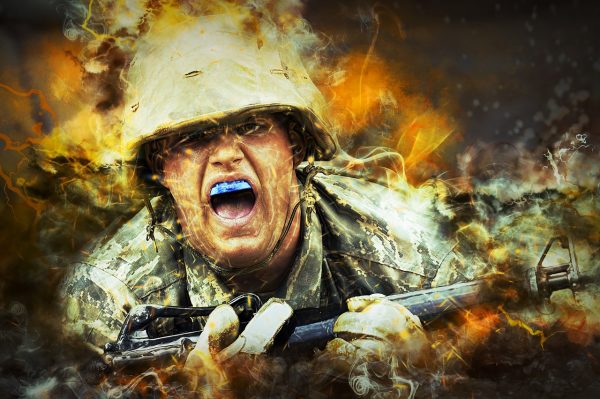 The Lord has been warning his people about a coming war between the United States and Russia for many decades.  And considering the breakdown in U.S.-Chinese relations that we have witnessed lately, is it possible that the stage is being set for the fulfillment of these prophecies?  Dumitru Duduman was shown that “when America goes to war with China, the Russians will strike without warning.”  So the U.S. will be fighting Russia and China at the same time, and as you will see below, Zelma Kirkpatrick saw the exact same thing back in 1954.  Here is her vision…

I was almost afraid to tell my vision of war and invasion in America; so I called Brother Roy Johnson and asked him if he thought I ought, and he said I should, as no doubt God had given it as a warning, but now a lot of people got stirred up and left the coast, and I have been told that they are laying the blame to me, saying I told them to go. But Jesus knows the truth, and that is all that really matters. I only hope it doesn’t hurt my ministry for Jesus’ sake. I’d hate for my friends that I love to think such a thing. I only told what God showed me and then told the people to pray.

I was praying at home before I ever went to South Bend, Washington, and God spoke to me in prophecy and said, “You will see what they see, hear what they hear, and you will sit among them and be astonished seven days, and you will put your hand over your mouth”. I couldn’t understand what He meant, but I never once doubted that it was from God; and it was, for it came to pass.

I had the first vision two nights before going. It was in the night before I had gone to sleep when I saw a big relief map of the USA–no states marked off and just in colors of greens and tans. Then I saw a black strip come on the West Coast as black as black paint. It came quickly, like taking a paintbrush and making a quick stripe down the west border from Seattle to lower California. Then it began to spread slowly like ink in a blotter, and I cried out, “What is it, Lord?” for I could not understand it and did not think of war. Then all at once the word “invasion” I heard, I believe in an audible voice. I said, “Lord, will they take all of America?” And He answered, no, that it would take the western states. In fact, the exact words were, “They will not be stopped until they reach the Middle West”.

I woke my husband and told him He did not want me to go to South Bend, but I felt I must go to South Bend and went. I was not afraid. In fact, I told him this: “If it’s God, He will confirm it. If not, I don’t want to listen”.

So I forgot it entirely the first two weeks in South Bend. The third week I wakened out of a sound sleep as if someone had shaken me roughly. Then I saw the terrible war. The soldiers were Chinese and a few Russians. They were dressed in red coats and caps and light khaki trousers, almost white. They ran in a sort of hop-skip way, and they squealed as they fought. They looked to be in a fiendish flee. They would plunge their bayonets in the people’s belly and rip them up. They were devils. It was fiendish hell turned loose.

This time I did not intend to tell it either, but I called Brother Johnson, and he said to go ahead. I still didn’t intend to tell it, but on Monday eve at Aberdeen fellowship meeting I told it, and seven Holy Ghost-filled people, the best I can remember the number, came and told me visions of the same. For one solid week people came, and there was such a stir that I found myself astonished, almost afraid to speak and finally caught myself with my hand covering my mouth as God had said, and I was determined not to mention it again; and I saw a third vision of Christian martyrs and remembered what God had said, and that’s how it went. The vision of the saints suffering was the worst, and I can never forget it–torture and rape and everything terrible.

When I came home and told Kirk, he said, “We will leave the coast”. I cried and begged him not to go. I told him God was our refuge and strength, and he said this: “God showed you what to do. Do you think He will bless us if you don’t obey Him?” And moreover he said, “Everything you have ever told me came to pass, so why should this fail?”

So I prayed. I said, “God, if you want us to go, sell my house for me”. I’d had it in five realtors’ hands in the past three years, and it hadn’t sold. I said, “Sell it soon if it’s you”. I listed it one day, and it sold the next.

Now, I am not telling people what to do. I only know that God directed my move and told me many would die; many would flee; and some would live through the war. One thing I know: I believe this to have come from God, so much so that I’d stake my life on it. I do not know when, but I do know it is coming.

I never told the visions at Sioux City, but a lady came and told how God gave her a vision of troops being sent west by the trainload and by bus over a pavement that was not as yet built when she saw it–but is now built right where she saw it in her vision.