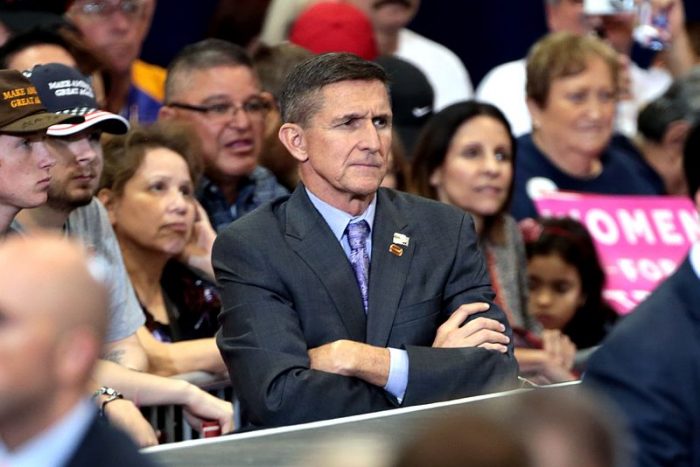 In the final hours before his resignation, now-former White House National Security Adviser Michael T. Flynn said he “crossed no lines” in his discussion with Russia’s ambassador, but ultimately he was most concerned about the steady stream of leaks to reporters based on classified information.

“In some of these cases, you’re talking about stuff that’s taken off of a classified system and given to a reporter. That’s a crime,” Flynn told The Daily Caller News Foundation Investigative Group during a telephone interview from his White House office on Monday.

“You call them leaks. It’s a criminal act. This is a crime. It’s not just a wink and a nod,” Flynn said.