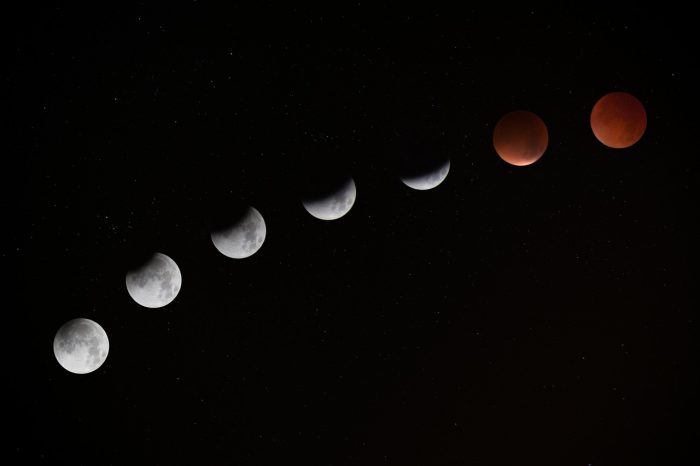 A “super blood moon” will appear directly over the United States on January 20th, 2019, and that just happens to be exactly two years from the date when Donald Trump was inaugurated. Could it be possible that this is some sort of sign? The Bible tells us that there will be signs in the sun, moon and stars in the last days, and some Christian leaders believe that this “super blood moon” could be quite significant. In ancient times, a “blood moon” was considered to be a sign of impending judgment, and without a doubt if America stays on this current path judgment is inevitable. But is now the time?

Let’s take this very slowly. A “supermoon” occurs whenever there is a new or full moon and the moon is also “within 90 percent of its closest approach to Earth”…

A supermoon is a new or full moon closely coinciding with perigee, the moon’s closest point to Earth in its monthly orbit.

According to the original definition of supermoon – coined by Richard Nolle in 1979 – a full moon or new moon has to come within 90 percent of its closest approach to Earth to be dubbed a supermoon. In other words, any full moon or new moon that comes to within 224,775 miles or 361,740 km (or less) of our planet, as measured from the centers of the moon and Earth, is a supermoon.

Supermoons happen all the time, and so they are not unusual at all.

A “blood moon” is a phenomenon that can happen during a total lunar eclipse. The moon can appear to become red as it is lit up by sunlight that has been refracted by the Earth.

That is much rarer than a “supermoon”, but it does happen once in a while.

Even rarer is when a “supermoon” and a “blood moon” happen at the exact same time. That is called a “super blood moon”, and the next one will occur on January 20th and January 21st. It will be visible from from the United States, South America, western Europe and Africa, and pastor Paul Begley believes that this will be a prophetic sign…

While the lunar spectacle is a natural occurrence, some Christian theorists have begun linking them with end of times predictions. And one of the most prominent naysayers is Indiana evangelical pastor Paul Begley. In his latest warning, Pastor Begley has warned “this Super Blood Moon directly over the United States on the second anniversary of President Trump being sworn into office is a prophetic sign. It is going to be without a doubt a prophetic sign.”

Other Christian ministers also believe that the upcoming blood moon could be some sort of sign, and there are two verses in the Bible that they are pointing out.

One is Joel 2:31. This is what it says in the Modern English Version…

The sun will be turned to darkness,
and the moon to blood,
before the great and awe-inspiring day of the Lord comes.

The other is Revelation 6:12. This is what that verse says in the Modern English Version…

Of course we know that the events of the Book of Revelation are not unfolding yet, and we don’t want anyone to get the impression that the rapture is imminent.

But could this “super blood moon” be some sort of prophetic sign for the future of the United States?

And if so, is it significant that it is happening exactly two years to the day from when Donald Trump was inaugurated?

I am sure that there will be a lot of debate about this. Please feel free to tell us what you think by posting a comment below…