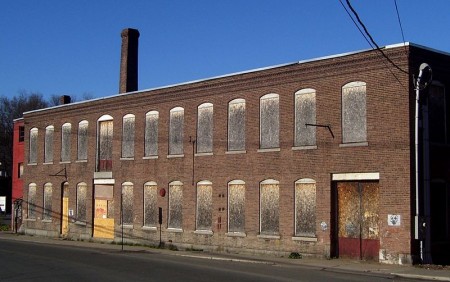 In August 2008, factory workers David and Barbara Ludwig treated themselves to new cars—David a Dodge pickup, Barbara a sporty Mazda 3. With David making $22 an hour and Barbara $19, they could easily afford the payments.

A month later, Baldwin Hardware, a unit of Stanley Black & Decker, announced layoffs at the Reading plant where they both worked. David was unemployed for 20 months before finding a janitor job that paid $10 an hour, less than half his previous wage. Barbara hung on, but she, too, lost her shipping-dock job of 26 years as Black & Decker shifted production to Mexico. Now she cleans houses for $10 an hour while looking for something permanent.

They still have the cars. The other trappings of their middle-class lifestyle? In the rear-view mirror.

1 thought on “Income gap widens as American factories shut down”